For the first time in the franchise's forty-four year history, the Washington Capitals have won the hardest trophy in sports to win: the Stanley Cup. 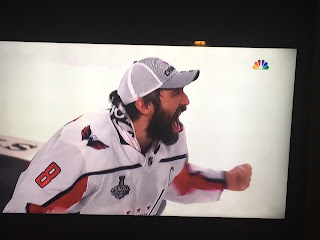 Alexander Ovechkin, the Capitals long-time captain in anticipation of receiving the Cup. 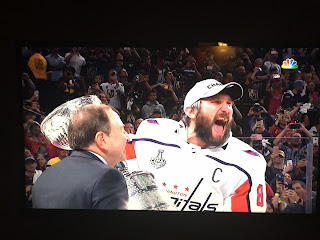 Ovechkin getting the Cup from NHL Commissioner Gary Bettman. 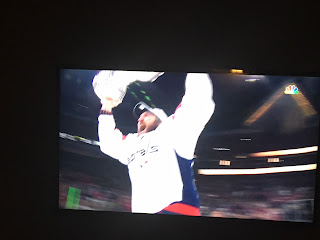 Ovie circling the rink with the Cup as each team member gets to do. 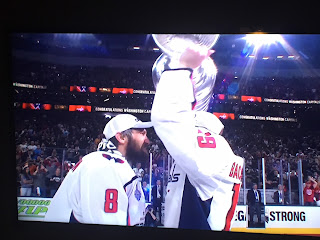 Ovie handing off the Cup to Niklas Backstrom, the Caps' second longest-suffering member.

Congrats to the 2018 Stanley Cup champions.

The loss by the Knights didn't hurt quite as much as I expected...I guess after three straight losses, it was probably inevitable and just a matter of time. Sure the Knights could have won last night, but could they have won three straight? It's happened once in the Stanley Cup final, decades ago.

The 2017-2018 hockey season is officially over and I'm glad. There are a few more things going on, but no more actual NHL hockey until mid-September. It's a good thing too...I do have things to do...

Have a great weekend and ROCK the RED in support of the Washington Capitals this weekend.