Special Delivery from London via Germany 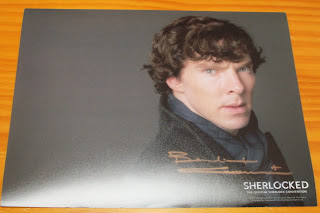 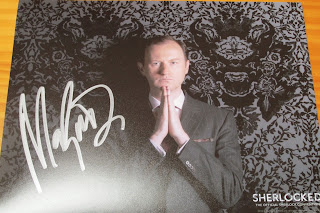 I have a dear friend named Janie Crouch--we're online writing buddies. But we're also Sherlock and Benedict Cumberbatch fan girls. We seem to be the only two in our shared circle of friends and I can't tell how fun it is to gush over the show, the characters, and fan fiction.

Recently, Janie moved to Germany as her husband got transferred there for his job... And since she was so close to London when the Sherlocked convention took place, she was lucky enough to be able to go.

She graciously sent me the autographed production stills of these two since she actually had her picture taken with them both. (I'm sooo jealous.)

They have been suitably framed and are hanging and spare nails in the dining corner of the kitchen for the time being... 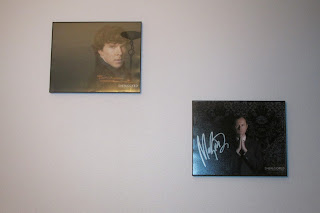 (not the best image...at a bad angle {I'm short!}and with not so great lighting)


As a way of thanking Janie, I'm sharing the fact that Janie has a new book out--Untraceable from Harlequin. So if you read romantic suspense, take a chance and buy her book. 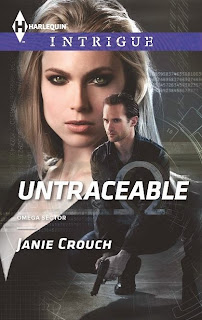