Face Off for Love Series 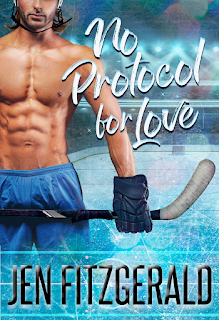 No Protocol for Love, Book 1

Tyson Collier lives out and proud in Las Vegas, a far cry from the oppressive small town he grew up in. He swore he'd never go back in the closet, not for anyone or anything.

Working as an ice crew member for the Las Vegas Gamblers is a dream job. Tyson is surrounded by hunky hockey players--athletes are totally his type even if they're straight.

Semyon "Semka" Novikoff has focused his whole life on playing professional-level hockey. He can't ever come out. Not as a Russian national. His life and livelihood depend on keeping his sexuality a secret.

Playing professional hockey in the United States is an experience like no other. The vast freedoms he enjoys are many. Except the freedom to be publicly gay.

When Semka suffers a concussion, Tyson volunteers to help him with daily life. Over the course of the first few weeks, their friendship blossoms.

Semka takes Tyson into his confidence and reveals his sexuality. Tyson takes Semka to bed.

What started as a simple gesture of kindness becomes a secret relationship with an expiration date. Once Semka is medically cleared to play, the relationship is over.

Semka can't risk losing his job or his life, and Tyson won't be with someone who can't openly present themselves to the world as part of a couple.

When Semka and Tyson part ways, both men find themselves missing the other, but they can never be. At least, that's what they tell themselves.

In the weeks that follow their parting, Semka thinks long and hard about what he wants from life, aside from a long successful hockey career. He loves his teammates, but he also wants a life and a family outside of the rink.

Tyson swore he'd never go back in the closet, but that ship has sailed. The question becomes, is he willing to have a secret relationship?

To purchase No Protocol for Love, visit the retailer of your choice: 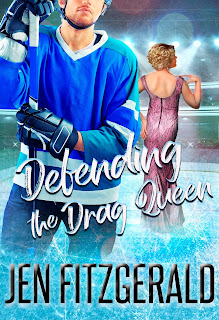 In what world would a professional athlete want to date a drag queen?

Certainly not Mark Roncalli's. Mild mannered CPA during the week and the drag queen known as “Lady Jazz” on the weekends, Mark keeps his two worlds separate. Mark's sexuality and his flamboyant and aberrant avocation don't mesh well with traditional Italian family values and masculine sensibilities--at least according to his brothers.

Elijah Turner's life revolves around diabetes and hockey, in that order. Which leaves very little time for relationships. Most of the men he's dated felt like a third wheel to the realities of Elijah's life. They were willing to put up with the hockey because Elijah's a rich professional athlete. Not so much the diabetes which requires 24/7 vigilance and not so many indulgences.

When Elijah asks Mark to date him, will Mark take a chance and believe Elijah over the longstanding denigration by and judgement of his family?

To purchase Defending the Drag Queen, visit the retailer of your choice:

If you'd like notification when Jen's next book will be released, sign up here.
Signing up for notifications does not put you on any other sort of communications list.