I've started three posts for today, but things are changing at such a rapid pace that whatever I wrote on Friday is no longer applicable.

Today I'm at work. Our office consists of four people usually. One employee is on vacation for the next three days; DH is at home still self-quarantining, but will probably start actually working remotely; the other employee is here to hold down the fort and do the actual work of our business (IT/MSP) while I do the back end/admin stuff.

Our oldest arrived in town the weekend we left on our trip and left this morning to start her new life in Denver with her soulmate (her words, not mine). Now that DH has his office back and we're back to our usual household residents, life can finally return to some semblance of rhythm and routine.

Remember I wanted that last week. Well, it didn't happen. Too many bodies in the house, too many dishes to wash, too much laundry to do, too much going on in the world to focus on writing as I'd hoped to. But now that the home-front is back to normal, maybe I can re-establish some equilibrium and re-gain that focus.

My plans for writing this past weekend didn't pan out as hoped either. With everything going on both in the house and out in the world as well as not being in the story for almost two weeks, I wasn't nearly as productive as I'd hoped. Thank goodness I don't depend on writing and productivity on that front for my paycheck. I'd be in big trouble.

But something normal and exciting did happen this past weekend. My baby girl (aka DD or my Hockey partner in Crime) bought her first car. She's been driving what she affectionately calls The Tank--a 1999 Dodge Ram pickup we gave her way back in the day when she first started driving and the other two didn't. She's been driving it ever since, nursing it through various mechanical issues through the years. But it is really on its last legs without some serious work that she can't afford, so...

Anyway, while her original plan was to get a smallish SUV, much like my RAV4, she ended up with a 2014 Chevy Cruze. As a sedan, it had a smaller price tag, so that was a factor. And the color--well, it was like a sign. :0) 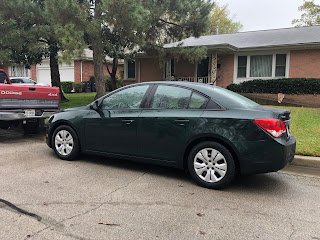 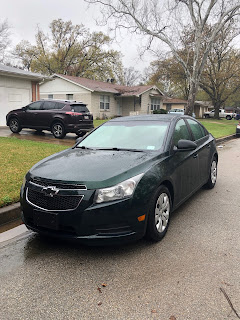 I might have mentioned my love of Pecan Pralines & Cream ice cream a time or two in the past. Well, pecan pralines are actually a thing... I thought it was just combined for the ice cream flavor but not so. And I discovered pecan pralines are an actual thing in New Orleans, so I went in search. I didn't get a picture of the bag before I tore into it, but here are the pecan pralines. I like them a lot, but they're definitely better in the ice cream. :0) 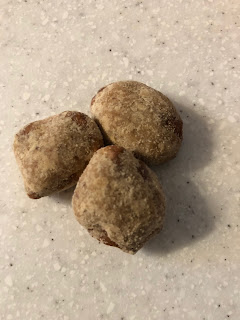 Last but not least, some things to do online during this nationwide shutdown:

The Metropolitan Opera will be streaming operas free in the evenings for a while: https://operawire.com/metropolitan-opera-to-offer-up-nightly-met-opera-streams/

And the Cincinnati Zoo will be offering a "daily safari" via Facebook highlighting one of their animals: https://www.facebook.com/cincinnatizoo/