I suppose I could have published some fun memes, but that would have required effort and, quite frankly, gumption was in short supply.

I'm dragging myself out of the doldrums, slowly but surely. The weather is helping, as is the win streak that my hockey team is on for the moment. 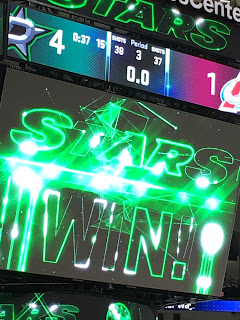 As of this writing, they've won four in a row and the last seven of eight.. After being touted as a serious playoff contender this season, their first nine games were nothing to write home about. They won only one of them.

If they hadn't turned things around when they did, a few heads might have rolled and their playoff chances would have been severely dashed. They still have a tough road to the playoffs to traverse, but their chances are still pretty decent.

I'm finally making some progress on some projects, except actual writing. It's the same book I struggled with previously and then left alone for eighteen months. So I might need some help with that plot line. In the meantime, there are plenty of other books and series and characters I could and need to focus on.

So I hope you're all well and doing what you gotta do to take care of yourself.