Excited to be writing...


As I mentioned at some point in the last couple of weeks, I switched projects from Book 7 of the first series called "A Certain Kind of Man" to Book 1 of the next series, called "A Snowball's Chance in Texas."

Last year at this time, I was hoping to have "Snowball" done by October for the conference I attend, so I had a cover made for it. For whatever reason, I didn't finish the book. Looking at what's written, I have no earthly idea why I couldn't finish it. But-- I'm gonna finish it this year and have a new book to take the conference.

Remember that 15K word thing I wrote back in March/April? Well, after 90 days of being a part of the anthology--more to come on that soon--it'll go on sale in October as a standalone. It's called "No Protocol for Love" and I've contracted a cover for it, which I should have by mid-July. I'm really excited about this book in and of itself as well as the opportunity to participate in a few more anthologies with these same authors. It's also a chance to expand my fan base a little. Maybe. I'm pretty sure I'm the only MM author in the collection, but I read across genres, so others do too. Now, whether they read my genre is anybody's guess, but we'll see.

I think I learned that I work better under someone else's deadlines. Despite all the excitement of post-season hockey, I still met the deadlines and got that bad boy written. So yeah. Gonna keep participating as long as they'll have me and I have ideas.

We're getting a lot of rain here in North Texas. I shouldn't complain because we always need the rain and other parts of the country have it worse in terms of way MOAR rain than they need or not enough rain, but yeesh. 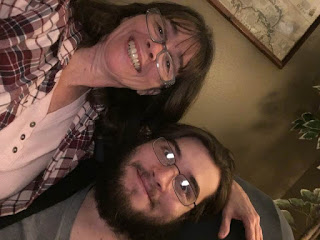 Sonshine is coming home for a week's visit come Sunday. I'll be at the lake still and I'll miss a couple of days with him, but any time I get to see him is welcome. He'll get some one on one time with his dad though, so that's a good thing too.

All right, my friends... Friday will be busy as I'll be meeting my daughter and a friend, but I'll try to post something at some point. If I don't see you, have a great weekend.