What haven't we talked about in a while...?

There has been some big news around the League specifically regarding the Dallas Stars...

Let's start with the bad. On Dec. 28, the Stars CEO went on a profanity laden tirade, calling out the  franchise's two highest paid players. Fans of the Stars as well as of hockey in general were divided on how they felt about it. Discipline in private, praise in public was a statement heard often on my various social media platforms. That his harangue was directed at two guys specifically was ridiculous. As frustrated as the organization is, top to bottom, with the lack of post-season appearances, so are fans. 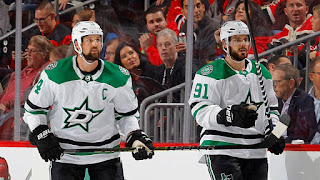 But it's a team effort. Of course the two-highest paid / best players should be playing better, but they need guys around them who can play too and the team has been plagued by injuries and, if not for one of the best goal-tending duos in the League, the Stars wouldn't even be in the playoff hunt at all. Not only that, but the General Manager has had more misses than hits in gathering the right players around his faces-of-the-franchise. So most of us agree the scrutiny needs to be at all levels, not just ice level.

Now onto the good stuff!

It was announced during the second intermission of this year's Winter Classic, that the 2020 Winter Classic--one of several outdoor games each season and played on New Years Day--is coming to Dallas. To be played in the Cotton Bowl specifically. Woo Hoo!! I AM SO THERE. Provided the tickets don't cost hundreds or more dollars each of course.

On Wednesday, members of this year's NHL All Star teams were announced and the Star's amazing, brilliant rookie, Miro Heiskanen was selected to go. Suffice it to say, he's been on fire since the beginning of the season and stepped up in a big way when our #1 defenseman was out for six weeks with a hand injury. This is a 19-year-old from Finland who took the lower level hockey world by storm for the last few years. Now he's making a name for himself at the highest levels. 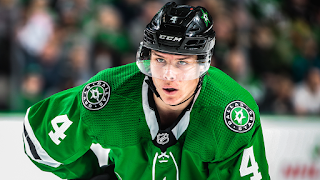 Also on Wednesday, DD and I attended our first game of the year and the boys won!! And tonight, DH, DD, Sonshine and I are all going and it's going to be a blast. I love watching hockey with Sonshine. I love going to games with DD. And I love DH for getting me the tickets in the first place. :0)

So have a great weekend and let's meet back here on Monday.