Let's start with the fact I have a cold. It doesn't happen often and it's probably been years since I've had a full on cold last. And it's not even really that bad. The thing that hurts worst is my nose from blowing it and using toilet paper. I had a bit of swelling down in my throat at first, but that's gone. Now I'm just riding it out.

The thing that really has me peeved this week is my stupid Charter Spectrum business account. We have a business account at home because of the business and static IP reasons. Anyway, up until about a month ago, I was able to watch replays of Stars games. At live games, there's no commentary, so sometimes I like to re-watch--well, listen more than watch--the games so I can learn stuff. 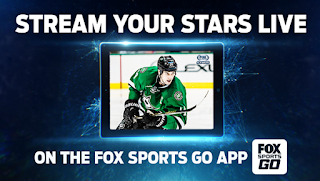 After fighting with the app and trying a different app, I finally called Charter and asked what was up with this turn of events. I was politely told that business accounts don't get that feature, for lack of a better term.

I've had this feature available to me for at least a year--I watched a Stars game from Denver in October of 2017. I even upgraded my TV package well over a year ago to get the Fox Sports Southwest channel on order to be able to watch Stars games on TV and now I can't watch games on the go or re-watch the following day anymore?? I mean--what the hell do they care??

BFF Jenn suggested there was an update that maybe finally fixed a bug that had allowed it? I don't know that I buy that though. Originally we had residential service, but then upgraded to the business grade and I'm thinking they just missed the tick box to turn it off when that originally transpired. But you know what?? I want my access back!!

And last but not least...

How 'bout this crappy weather??? It's been at or below the freezing mark overnight for the last two nights and the freezing temps last well into the day. I've had faucets at a trickle for two days. This morning it was TWENTY-FOUR DEGREES with frost on my windshield!!!!! It's not time for that here in North Texas. That's January and February weather, not November weather.

I know I need to did around my house and find something else to get rid of for the 100 Things Challenge, but I've been so busy collecting new things and being lazy that I haven't done so. I'll have something by Friday, I promise.

Have a great rest of your week.

Email ThisBlogThis!Share to TwitterShare to FacebookShare to Pinterest
Labels: apps, cold weather, ISPs, under the weather

I hope your cold is better. I am fighting a head cold myself.
As for the weather, we are supposed to get freezing rain, sleet, and/or snow toward morning here in Maryland.
Last Saturday, I was a soccer game in 43-degree weather with high winds. It was cold!
Worse we lost the game 1-2. Then, they canceled the rest of the tournament due to grass expected to be frozen. 23-degrees overnight.
Sorry to hear about your STARS games. Here COMCAST has been dropping our cable and internet for long periods without warning.
Wondering if Verizon would be better?
Anyway, enjoyed the blog. Much more interesting than anything I put up.

Stay warm and I'm sorry to hear abut your game/s.