Is it October yet? 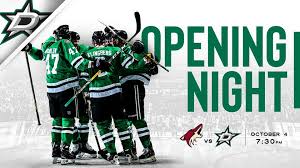 I need more in person hockey friends because so much has happened in the hockey world that I'm really excited about and have no one to squee with or at or to.

First things first, my favorite STARS player, Tyler Seguin, signed an 8-year contract extension--much to every Stars fan's relief. He took a little less than he's definitely worth, but has still become the highest paid player on the team.

The team announced the extension with a Super Mario video spoof. Here's the link, if you're so inclined: https://ftw.usatoday.com/2018/09/dallas-stars-tyler-seguin-new-contract-extension-super-mario-nintendo-video

In trade news, the NHL's top rated defenseman, Erik Karlsson was traded from the Ottawa Senators to the San Jose Sharks. Karlsson's trade had been speculated about for months and months and months. Not continuously, but the rumors heated up on a rather cyclical basis. But it's done now and the teams in contention, the Sharks, the Stars and the Golden Knights, can now focus on training camp, pre-season play, and their respective opening nights.

One kind-of-funny thing though...several months ago, amid accusations of harassment toward Karlsson's wife, a teammate of his was traded to the Sharks before being subsequently traded on the same day to the Florida Panthers.

And the last but not least hockey news...the trade of Max Pacioretty from the Montreal Canadiens to the Vegas Golden Knights. I didn't know anything about Max but his name before this week, but after reading several articles about the guy, I really like him and look forward to seeing him take his place on my second favorite team.


IS IT OCTOBER YET??