Thanks and condolences are inadequate. 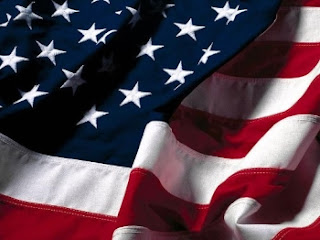 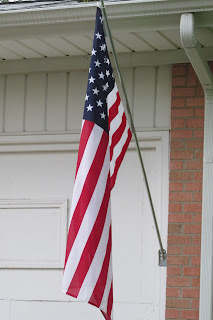 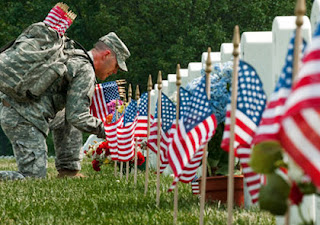 
My new favorite player is Nate Schmidt. He's been a great player for the Vegas Golden Knights and I've never seen an interview where he wasn't smiling. He's also pretty articulate and seems happy to talk to the media. 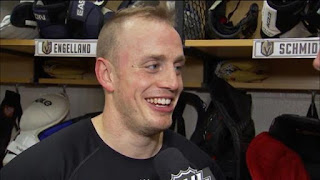 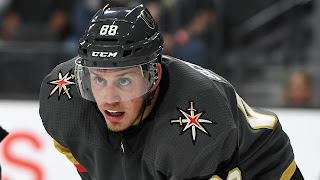 I know you don't care what he has to say, but here's YouTube video of a interview from last fall right before training camp.


Happy Friday, y'all...and enjoy the weeknd, but always remember SOME GAVE ALL...
Posted by Jen FitzGerald at 3:23:00 PM No comments:


My royal wedding hat started off as this... 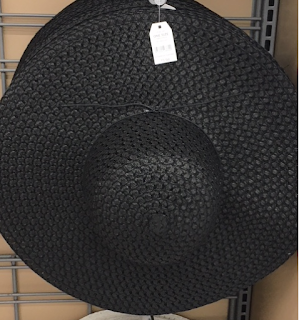 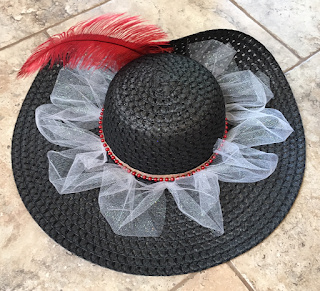 It's not quite done though. Other things were going on at the gathering and I wasn't quite sure what else to do, so left it for later. I want to dress up the folded up part there by the feather, I just need to figure how to arrange more red beads and gold ribbon into something that looks okay.

I have a family wedding in a couple of weeks... Do I dare wear my new hat??

And here is the group in wedding hats. Most of them wore hats from the 40s and 50s that belonged to our hostess's mom. I have pics of most of those too. So lovely. 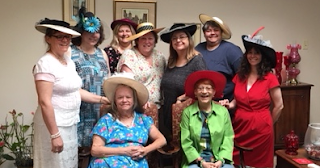 Congrats to the Duke and Duchess of Sussex


As I mentioned last week, JAG weekend coincided with the weekend of the Royal Wedding. Our hostess DVRd the wedding and we watched it later than the 6AM CST start time once everyone arrived.

It was a lovely wedding, but what really got me the most was the pure joy and delight on the faces of the bride and groom. The smiles and the greetings as they saw each other for the first time and were close enough to one another. The bit of conversations as they waited for the flower girls and page boys to complete their duties. The Duke thanking his father for escorting his bride partway down the knave. The smiles and the joy. Oh, I said that already, but goodness, they were both beaming, it warranted a repeat.

That's why I love reading romance and why I enjoy writing it--the hope that you can capture those feelings between two people. (Not that I'm particularly adept, but hope springs eternal.) 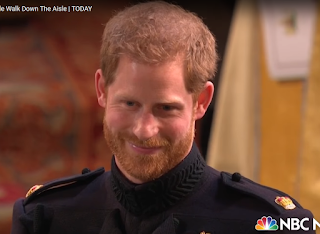 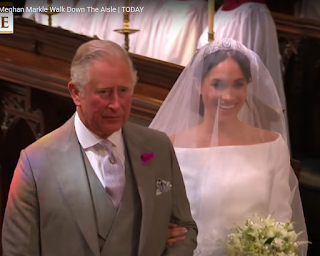 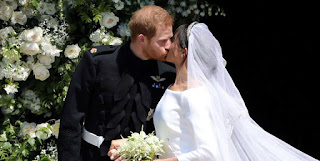 Email ThisBlogThis!Share to TwitterShare to FacebookShare to Pinterest
Labels: British royals, Harry and Meghan, The Duke and Duchess of Sussex, The Royal Family, the royal wedding

TGIF you get, yeah? It's Friday. I'm happy about Friday. Who isn't?

But what's TGIM you ask? Thank goodness it's May...

Because it's the weekend of the annual JAG meet where we no longer worry much about JAG. As I mentioned a few posts ago, we're celebrating the royal wedding with hat decorating.

I'm excited to see these ladies again, hang out, visit, catch up on everyone's news. I'm a little excited about my hat too.

Have a great weekend!!
Posted by Jen FitzGerald at 8:40:00 AM No comments: 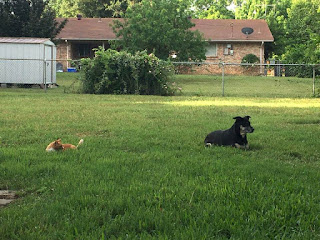 Rayna on the right, Karma on the left...sharing space relatively peaceably.

I prefer the soft fur and purring to coarse hair and barking.

I feel bad for my dog sometimes because there's a cat in the house and she tends to get more attention than my sweet doggy. I have nothing against Rayna or dogs in general, but I grew up with cats. I like cats. I love cats.

Are you a dog person or a cat person?


For all my followers who are moms, I hope you had a lovely day yesterday. I communicated with all of my babies and both my moms, so a lovely day.

This is my mom and me a couple of summers ago, visiting Sailor Sonshine in Seattle. 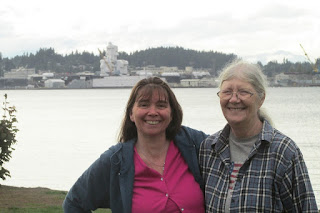 Here is my lovely Brown-Eyed Girl and me last summer... 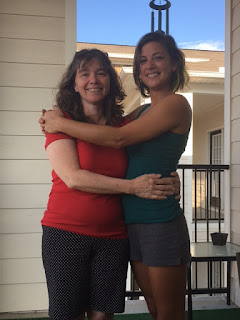 And here I am with Sailor Sonshine and DH on the same trip to Seattle. 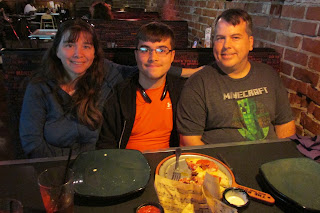 I don't have a picture of DD and me because she gets twitchy about pictures...

But she's the only one of my babies close by and she bought me much appreciated gifts for Mother's Day.

Email ThisBlogThis!Share to TwitterShare to FacebookShare to Pinterest
Labels: being a mom, children, moms, Mother's Day

So guess where I'm going in June... 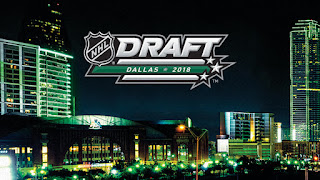 The 2018 NHL Draft will be here in North Texas. I'm so excited I could spit. Not because I care all that much about the draft, but because a) it's a new hockey experience to partake in, b) there are fan activities prior to the actual draft in Victory Plaza of the AAC, c) an evening spent with DD, and maybe the most exciting of all...


The guys who create my favorite hockey podcast will be in town covering the draft and they have done live shows in other cities they've visited as a result of traveling for the job (hockey writers). As soon as I heard the draft was going to be in Dallas, I was pretty confident they were going to at least attempt to get a live show set up. And they are. Waiting eagerly for the announcement of tickets.


In Monday's post, and many others, I said I was rooting for the Pens to win their third straight Stanley Cup.

Unfortunately, the Pens lost to the Capitals on Monday evening. 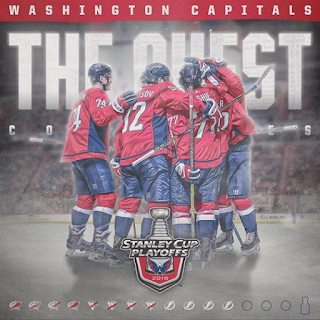 So Alexander Ovechkin (Ovi) finally gets his chance to play on for the Stanley Cup. This is the first time in the Ovi era (since 2004, when he was signed to the team) that the Washington Capitals have made it past the second round of the Stanley Cup playoffs.

Of course, they have to win the best of seven against the Tampa Bay Lightning and then against whoever wins in the West: the Vegas Golden Knights, the Winnipeg Jets, or the Nashville Predators. The Jets and the Preds play each for the change to play Vegas in the Western Conference Final.

In equally exciting news, the Capitals became the first Washington D.C. based sports team representative since 1998 to reach the conference finals in one of the four major North American sports. Congrats to them!


Two years ago around this time, I started watching hockey. It might have been more mid-to-end-of-April than the beginning of May, but whatevs--

I embraced hockey and fumbled around trying to figure out how to watch my Dallas Stars play hockey whenever the mood struck. Alas, my first year attempts were in vain and I didn't get to watch much Stars hockey.

Last year, I was all into playoff hockey again even though the Stars didn't have a chance, and I finally figured out the best way to get Stars hockey on my TV--I had to upgrade my cable package. Which meant, of course, the monthly cost would go up. I spoke with DH and he had no issue with that and so, this past year, Fox Sports Southwest and Dallas Stars games were available to me. 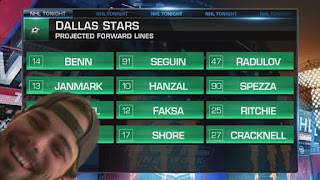 Despite the Stars just missing the playoffs again, I am a happy hockey fan.

Watching the Vegas Golden Knights defy every expectation this year has been a lot of fun. Their whole fan experience looks fantastic and I hope that I can make a trip to Sin City one of these days to enjoy the spectacle in person. 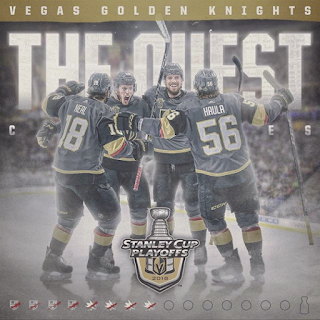 I have also been rooting for the Pittsburgh Penguins, back-to-back Stanley Cup champs (2016, 2017), to get the three-peat. I can't say it's all been fun and games there because they played a tough opponent in the first round and are currently playing in the second round. Playing the same team they've vanquished the last two years in the second round--a team that you can imagine wants to end the heartbreak. A team who has never made it past the second round in about a dozen years. A team with a star player who deserves a Stanley Cup win in his lifetime. (Maybe next year, Ovi?)

Have a great Monday and a great week.

Email ThisBlogThis!Share to TwitterShare to FacebookShare to Pinterest
Labels: fan girl, hockey, i am a hockey fan


Life is meh at the moment. Lots of not great stuff going on. The weather has been kinda dreary too which isn't helping. Any one crappy thing going on probably wouldn't be so bad, but all the things piled on top of or next to each other isn't fun. So yeah, life is just meh.

My other main life motto, aside from A Time for Everything, is "this too shall pass."

The sun will return in a day or two.

And all the other things plaguing me will either get better on their own or I'll have to take some action and move on.

In the meantime, it is Friday, so I have the weekend to chill out and I have hockey to watch.

Have a great weekend.
Posted by Jen FitzGerald at 12:19:00 PM No comments: