So...in all the hockey talk on my blog, I haven't said much of anything about the NHL's latest expansion team. 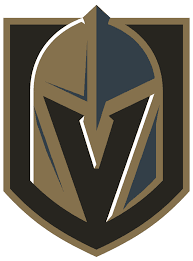 This year, the NHL added a 31st team to the League: the Vegas Golden Knights. They populated their roster with one player chosen from each of the thirty other teams. Each team was allowed to protect a certain number of players/combination of positions. There were a lot of deals made behind the scenes leading into the expansion draft to protect additional players. To be honest, I don't remember who the Knights pilfered from Dallas and it's not important.

What IS important is that the Stars will be playing the Knights in their home/season opener and guess who's going to be in attendance??

Yep. Me. I'm so excited to see this match-up. One of the things I'm most excited about is seeing Marc-Andre Fluery in the net... I hope the Dallas crowd cheers him on when he's introduced because he's a beloved player across the league--in fact, he got a standing ovation from everyone in attendance at the expansion draft/NHL awards ceremony, players and fans alike.

Mr. Fleury was plucked from the back-to-back Stanley Cup winning Penguins (remember them, lol?) by Las Vegas. He's gonna prove a challenge to our boys, that for certain.

I'm excited, but I'm nervous too. The Stars didn't do so hot last season, and I just want them to acquit themselves well at home on opening day against a brand new team. It'll be kinda embarrassing if they don't, huh?

Keep your fingers crossed on their behalf, would you??