Monday, I drove down to the fireworks store to pick up my Brown-Eyed Girl! (Her room mate drove her up that far from Houston.)

It was a nice little road trip. A gorgeous day. Despite it being 95*, I drove with the windows down and the music turned up. 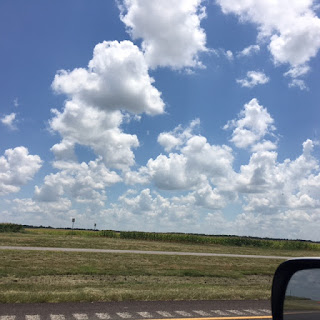 It was good to have both my baby girls under one roof. But with the arrival of both girls and both their cats--there are currently SIX females in the house! The girls and me, two felines, and one canine.

There's been a lot of hissing and growling, but no altercation as of yet between any of the four-legged females. Surprisingly, Rayna has been a bit leery of the cats. Unless I expressly call her into or out of my bedroom, she stays put and looks anxiously in Amber's room worried that Karma is going to get her. If I'd realized she was that much of a chicken, I'd have gotten a cat ages ago. I do hope that at some point, Rayna and Karma have a throw-down. Karma has front claws, so if Rayna gets a taste of that, she'll retain a healthy respect for cats and perhaps I can finally get a cat. But we'll see how it goes.

Anyway, here are my grand-kitties--the only grand anything that I want. :) 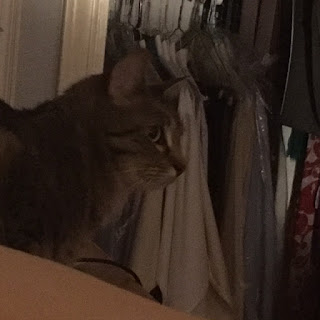 This is Kitty, Brown-Eyed Girl's cat. Yep, her name is Kitty. 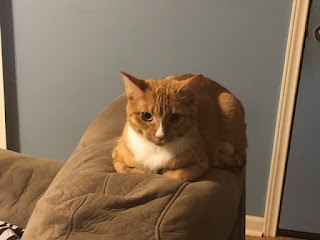 And this Karma, DD's cat.

Have a great rest of the week.

Surprise! My nest is no longer empty...


The Brown-Eyed Girl is coming for a visit and Darling Daughter is moving home to help out for a few months. I'm so excited to see both my girls--now if only Sonshine could make it home, but alas...

In other news--now that maybe the real baby birds have left the nest, Mama and Papa Cardinal have been flying and chirping all around my yard. 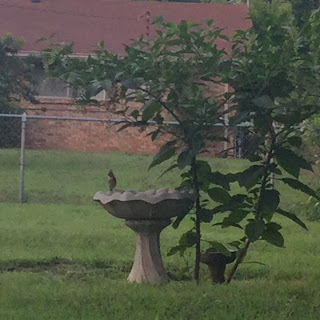 Mama cardinal at the birdbath.

Despite the warm temps it was a rather lovely day yesterday, so Rayna and I spent some time in the yard. Here she is stalking a squirrel... 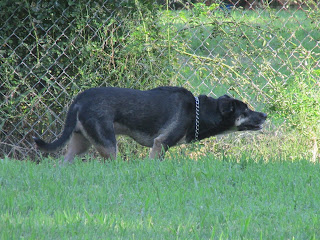 ...up on the power lines that run from one pole to another across the back end of our yard. Silly puppy!! 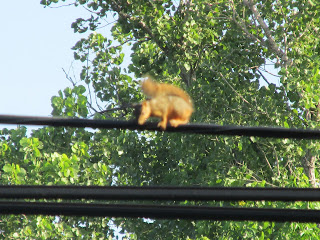 Hope you had a lovely weekend.


Not much going on and work has been fine, but I'm definitely glad it's the weekend. 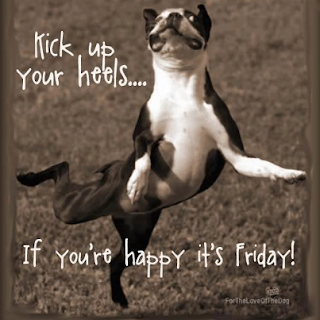 Hope to get a couple thousand words written this weekend on the latest WIP.

Have a great one!!


At the beginning of the month, I talked here about the podfic I'd created. As a refresher, podfic is basically like an audio book, only it's fan fiction being read and not a "real" published book.

Well, reveals were finally made and my recipient--the author of the fic I read/turned into podfic--seemed quite pleased with my efforts and had many complimentary things to say about the end product. He or she also wants to link it to the original written version housed at a major fic archive.

Needless to say, I'M VERY CHUFFED at the response and can't wait to visit the fic page and actually see the link.

So, while I still don't have much time at the moment to learn the software, I definitely want to try my hand (or mouth??) at this again. 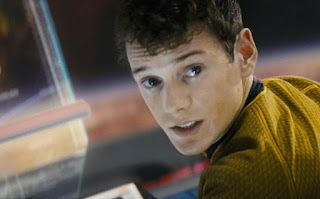 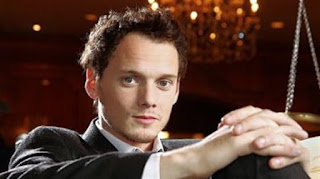 The world lost Anton Yelchin over the weekend in a freak car accident.

Hot Fun in the Summertime


Not much going on, really...just reading, writing, and watching TV. But my vincas that grew up out of the patio last year are back! 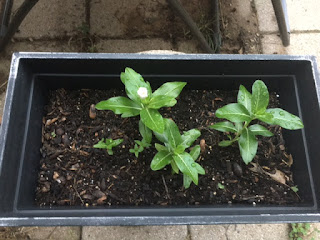 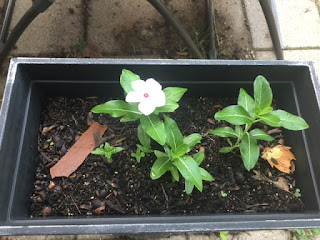 I'd transplanted them from the cracks in the patio squares to a planter and they (obviously) are growing and blooming again.

Also, the mimosa tree is in beautiful bloom: 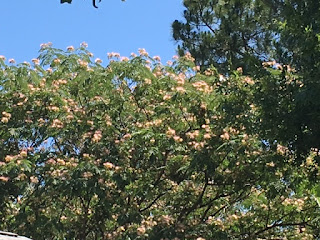 Have a great weekend.

Mysteries of the universe...


I love both my daughters. I really really do. They're smart beautiful women. Why is it that I struggle to make conversation with them (one more than the other), but I can talk for hours with Sonshine?? 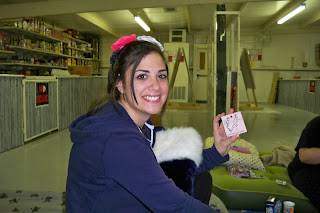 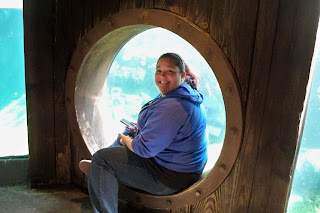 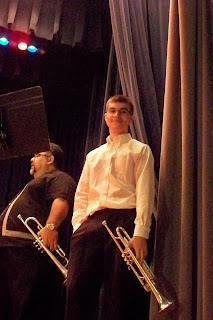 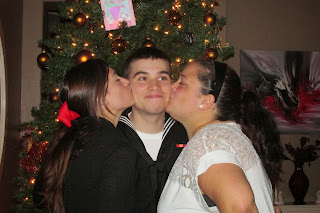 Email ThisBlogThis!Share to TwitterShare to FacebookShare to Pinterest
Labels: being a mom, childhood, love, mysteries of the universe, randomness 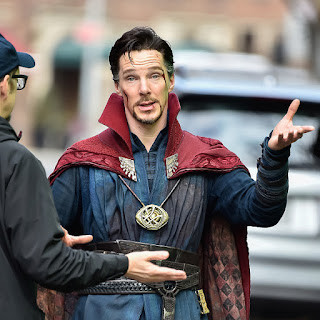 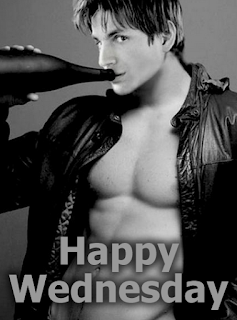 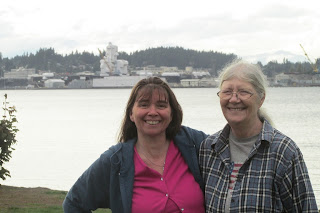 My adventures in pod ficcing...


So I finally got around to creating a pod fic. I signed up for a fan works gift exchange, and that's what I offered, so that I'd be forced to finally do it.

Forcing myself to just do it was absolutely not a great idea because I learned a couple of very important things. The most important being, it's not as easy as it sounds.

I have a program that's been recommended by many people in my fandom circles who pod fic or pod cast. The second most important thing I learned was that I don't know nearly enough about the software as I should. Primarily features and function. Which I didn't realize I needed to know until I needed to know them. :(

So...I spent several hours one day, holed up in an interior closet lined with blankets, reading a piece of fan fiction into my computer. Don't laugh about my studio because, come to find out, many audio book narrators work from home in exactly that kind of space. I made flubs and noises as I went and re-read the bits I messed up on, until finally I'd read through the whole story.

When I finally started editing it, I realized that there were a still a couple of rough patches I hadn't caught and that I couldn't fix with a basic cut. I was going to have to re-record those bits and splice them in.

The actual splicing in and of itself wasn't hard, but what I realized right off is that you have to recreate your recording environment very closely--maybe time of day, depending on your physical location, but for me it was actually how far away was my chair from the TV tray holding my laptop and microphone, how far away was my mouth from the microphone, how warmed up was my voice?

I ended up having to choose a different, much shorter piece of fic and read it in one long session. Then edit it in several marathon session because I'd already asked for an extension and was down to the wire of turning it in.

It turned out all right, with no glaring issues, but it wasn't as polished a piece of work as I would have liked.

Are you a fan of audio books?