Yesterday I watched The Danish Girl, a film about the first attempt of a sex change operation back in the late 1920s. Artist Einar Wegener always knew he was different--knew he was a woman on the inside from the time he was small apparently. It wasn't until his artist wife asked for him to fill in for a female subject that things came to a head. And although there were some rough patches as Gerda lost her husband emotionally and in a gender sense as Einar spent more and more time as his alter ego Lili Elbe, Gerda loved him enough to support him as he made the decision to pursue the operation. 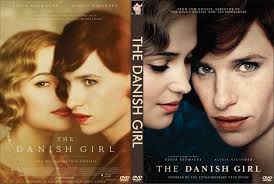 I'm giving the movie a seven as I really struggled with Einar/Lili's face. It seemed to be the camera focus for a lot of scenes and, while I get that any male actor was going to have a hard time looking like a woman, Eddie's feminine face struck me as just off somehow. That's not to malign his portrayal at all. And for all we know, it was done on purpose. It just didn't work that well for me. Both lead actors did a great job with the emotional aspects and I really felt Gerda's pain as she loved enough to let her husband do what he had to do and be who he had to be.

Have you seen The Danish Girl? What did you think?