Music makes me happy, keeps me positive for the most part. So carrying on the theme from last week, I'm starting Monday Music for a while...

This week's song is a hymn actually. I'm not an overly religious person. Not anymore at least, but I believe in God and I can appreciate a beautifully sung song.

Actress Dixie Carter sings How Great Thou Art in an episode of Designing Women. (wish that would come out in full on DVD)

Anyway, for your enjoyment, Dixie Carter...


Have a great week!

Not so Elementary, My Dear Watson... 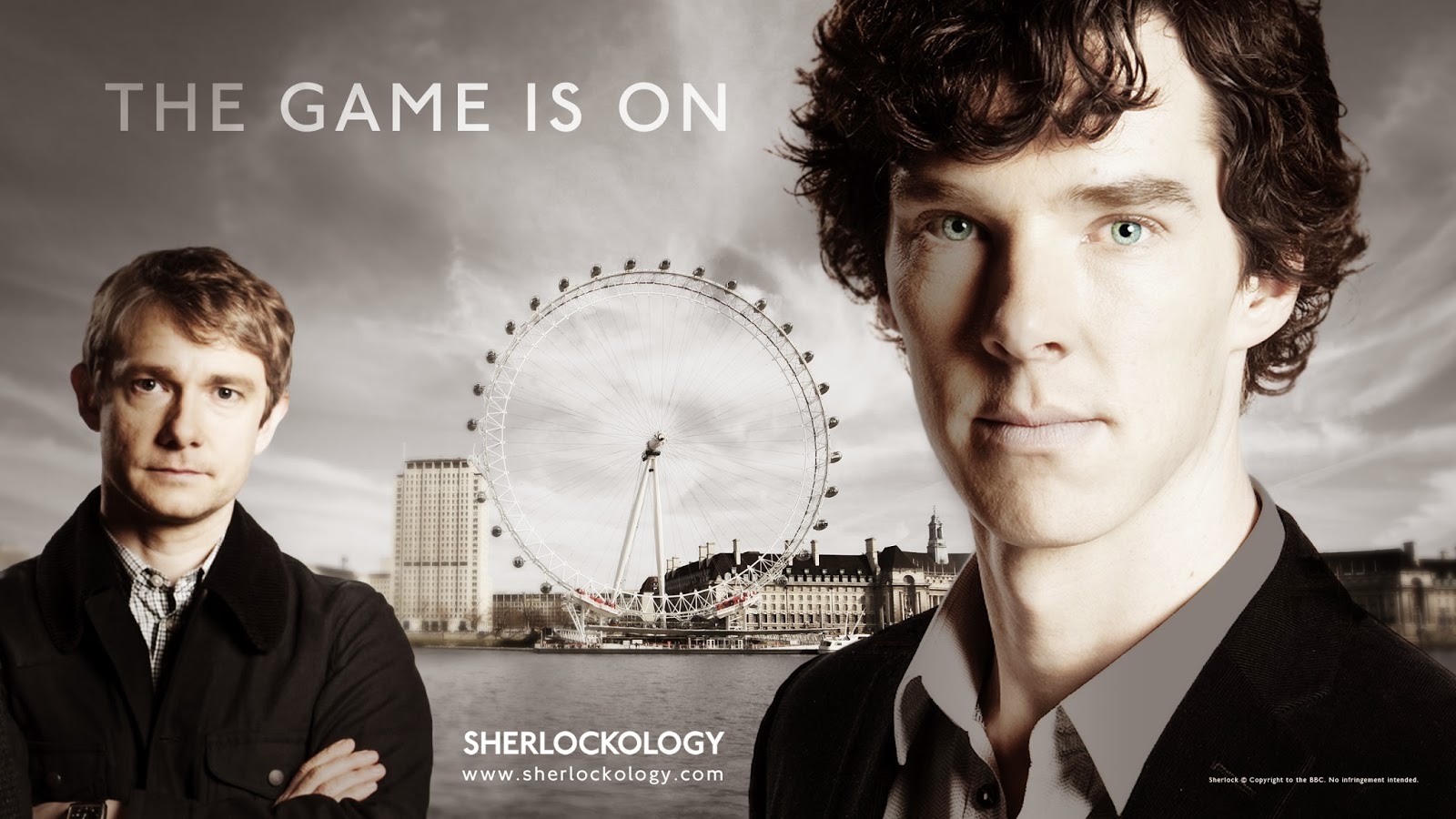 Being the fan girl that I can sometimes be, I thought it might be a good exercise to read Sir Arthur Conan Doyle's original works to 1) just have the originals under my belt, 2) use the opportunity to read some real books in regards to my goal, and 3) see how the show's creators, Mark Gatiss and Steven Moffatt, have used the originals for their show.

I found a free Kindle version as the original works are now out of copyright and began reading. Unfortunately, I picked one of the longer tales and struggled through about a third of it before giving up.

The I had the bright idea to search for an audio version of it, and I did subsequently find one through Audiovox. Sadly, the narrator, a man from South Carolina, couldn't keep his characters or his accents straight and gave up on that, thinking I needed an audio book read by someone British--even if he didn't do characters.

Audible had several versions and I finally purchased one and began listening...

Of course, I've now listened to what seem to be the two longest of ACD's Sherlock Holmes works and I've got to say this--boring...


Hopefully, the shorter stories will be a little more exciting.

Happy Birthday to my beautiful daughter... 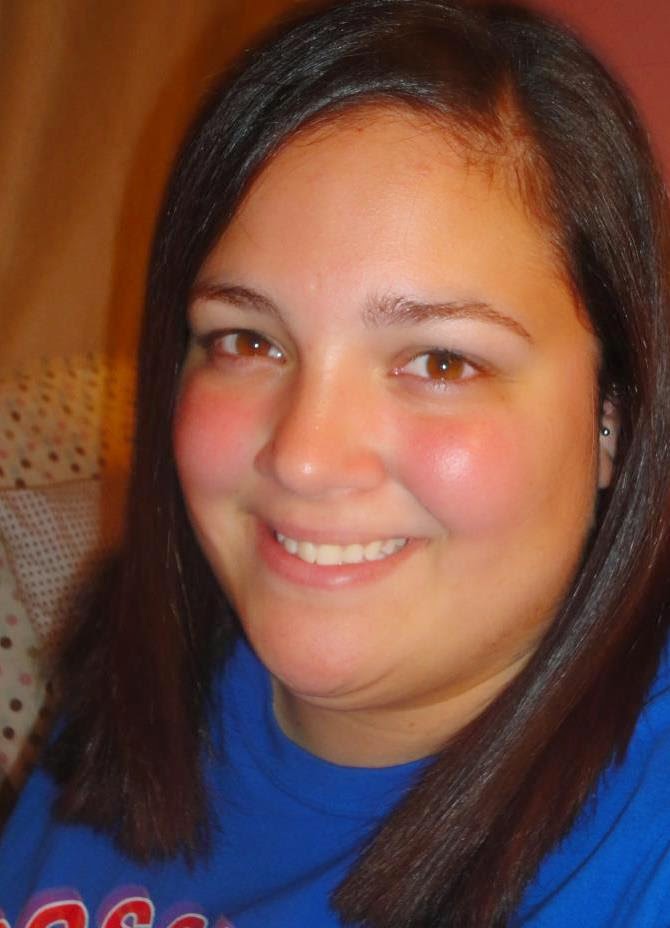 
Almost five years ago, my sister-in-law made us watch this really quirky, over-the-top, ridiculous TV show one night when we were out visiting. I really had no interest in it what-so-ever, but I watched. And as I did, something in the episode spoke to me and I was hooked. 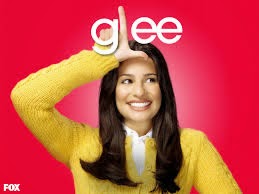 The show is called Glee and last Friday,  the last two episodes of Glee aired...I cried pretty much throughout the finale.

The show itself was about acceptance--whether black, or Jewish, or gay or whatever you are or aren't--in the Glee club you were accepted.

The show was also about finding your joy through song. I can't sing and I can't play an instrument, but I love music. I forget sometimes, but the show reminded me. And it reminded me of music I had loved as child and as young adult.  It introduced me to songs that I would never have heard otherwise.

In July of 2013, the Glee family and the fandom lost its joy. Cory Monteith, one of the male leads, died of an accidental overdose of a toxic combination of drugs and alcohol. It was a blow to his cast mates, his co-star, Lea Michelle (as Rachel, above) being his girlfriend, the crew, I'm sure, the show, and of course the fans.  As you can imagine, the show was never the same without out Cory's particular brand of magic. My joy has been missing for a bit. I miss it and I want it back, though I'm at a loss right now as to how to do that. Maybe through music...

For the next few posts, I'm gonna revisit the music from Glee. In the lead up to the finale last week, someone online did a top twenty best songs from the show. They of course got it all wrong. Even most of commenters thought so as well. So I'm going to to my own TOP XX. Not sure how many there are going to be at this point, so bear with me for a few days as we--okay I--revisit my favorite Glee covers...in no particular order, but starting in season one.

Even though the Glee club lost at the big competition, the all agreed they still came away winners because of what they learned...

To thank their teacher Mr. Shuester,  they serenaded him with To Sir, With Love--the title song of the 1967 British film of the same name.


I need to take that to heart!

Have a great week.

My drawer runneth over! 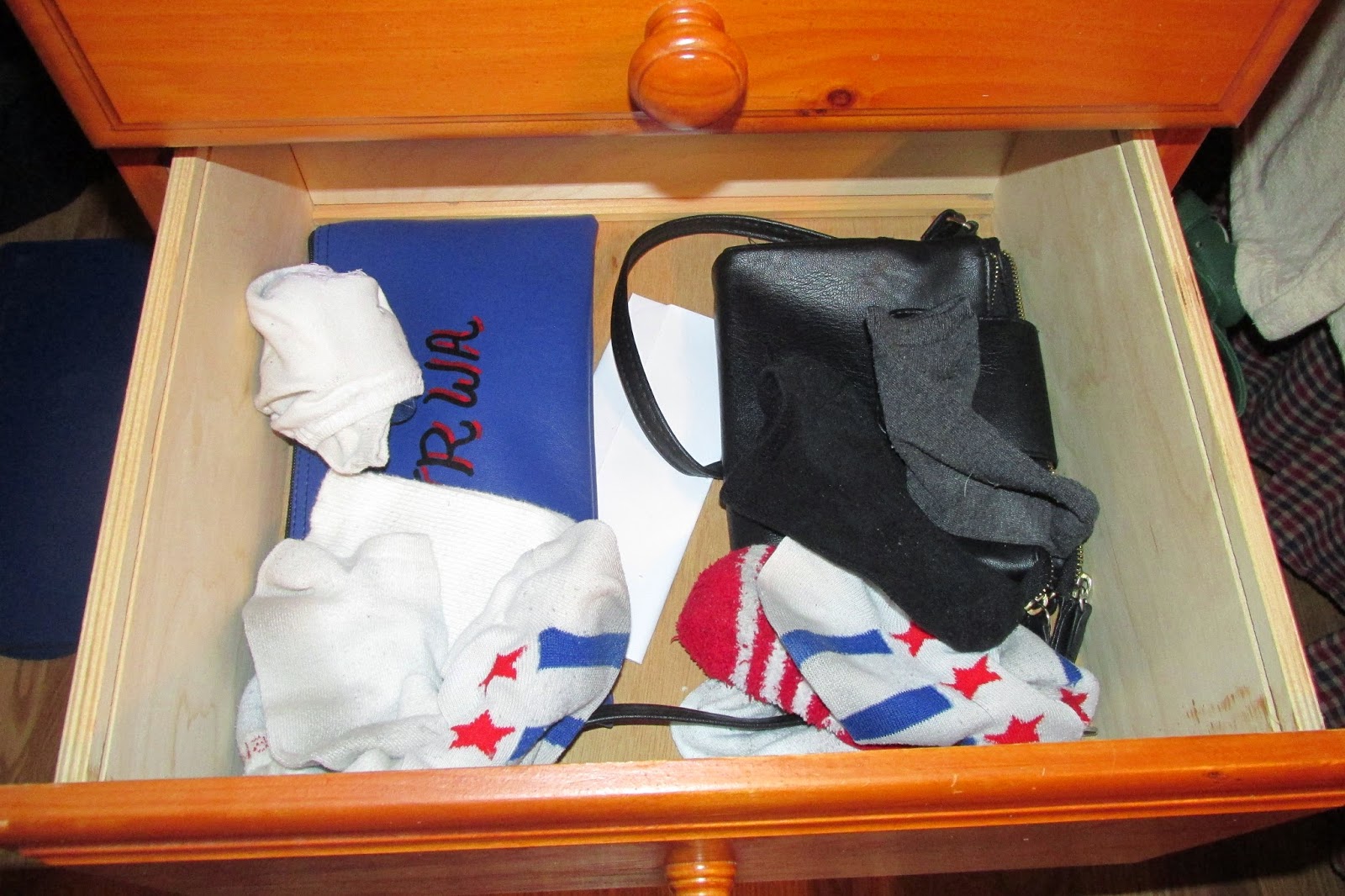 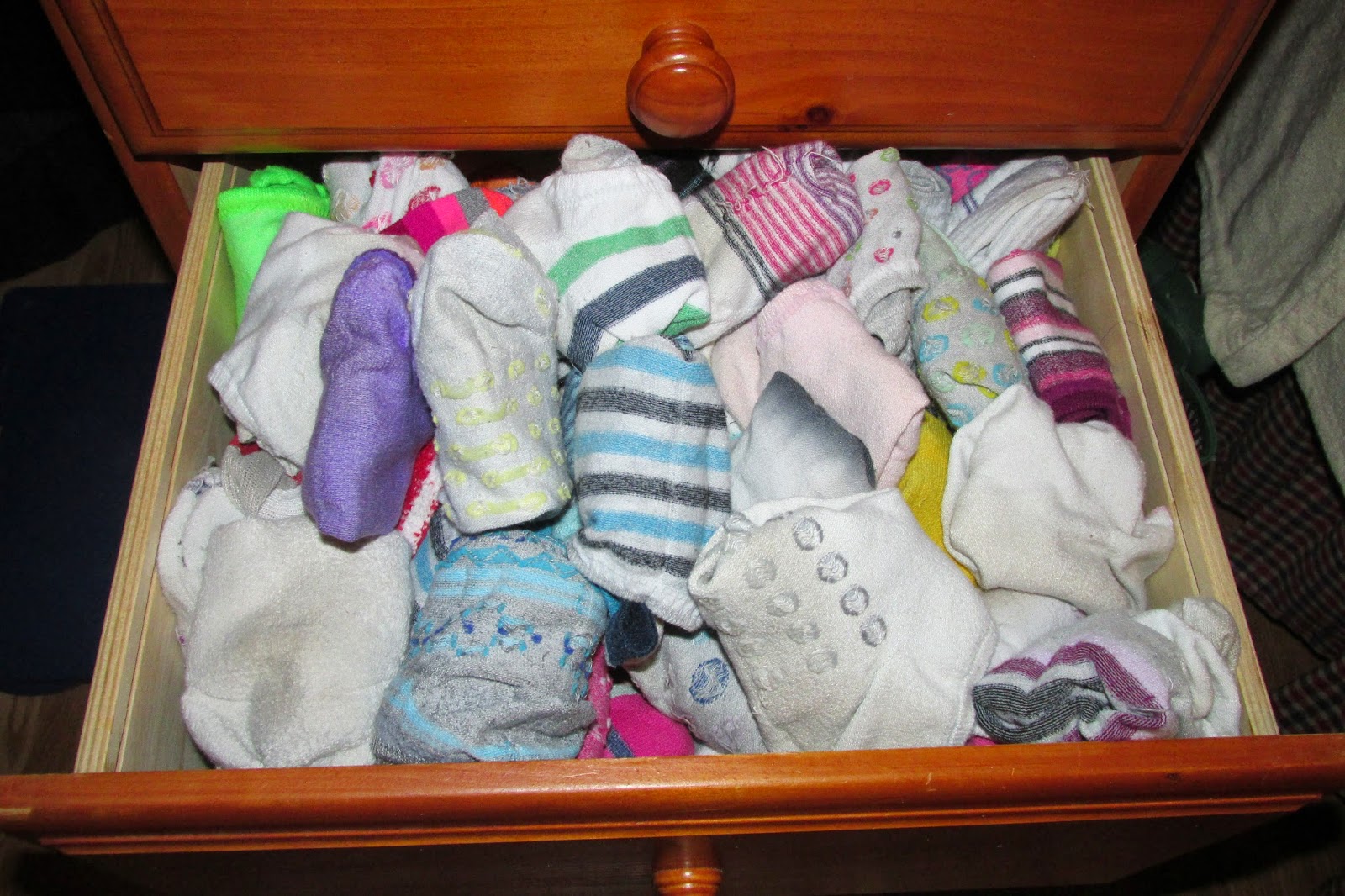 My sock stash was getting a bit low. You know, they stretch out, the elastic around the ankles goes wonky.

When Sonshine was here in February, the family, sans me, went to the store to buy fixins for dinner and they asked me if I wanted anything. I asked for socks. Just a three pack to tide me over. They came back with flowers, but no socks. DD said there was nothing good. She's the sock fashionista in the family. But she said she had a ton of socks she never wears and would bring them to me.

Well, she finally remembered and I now have enough socks to last me quite some time!!! 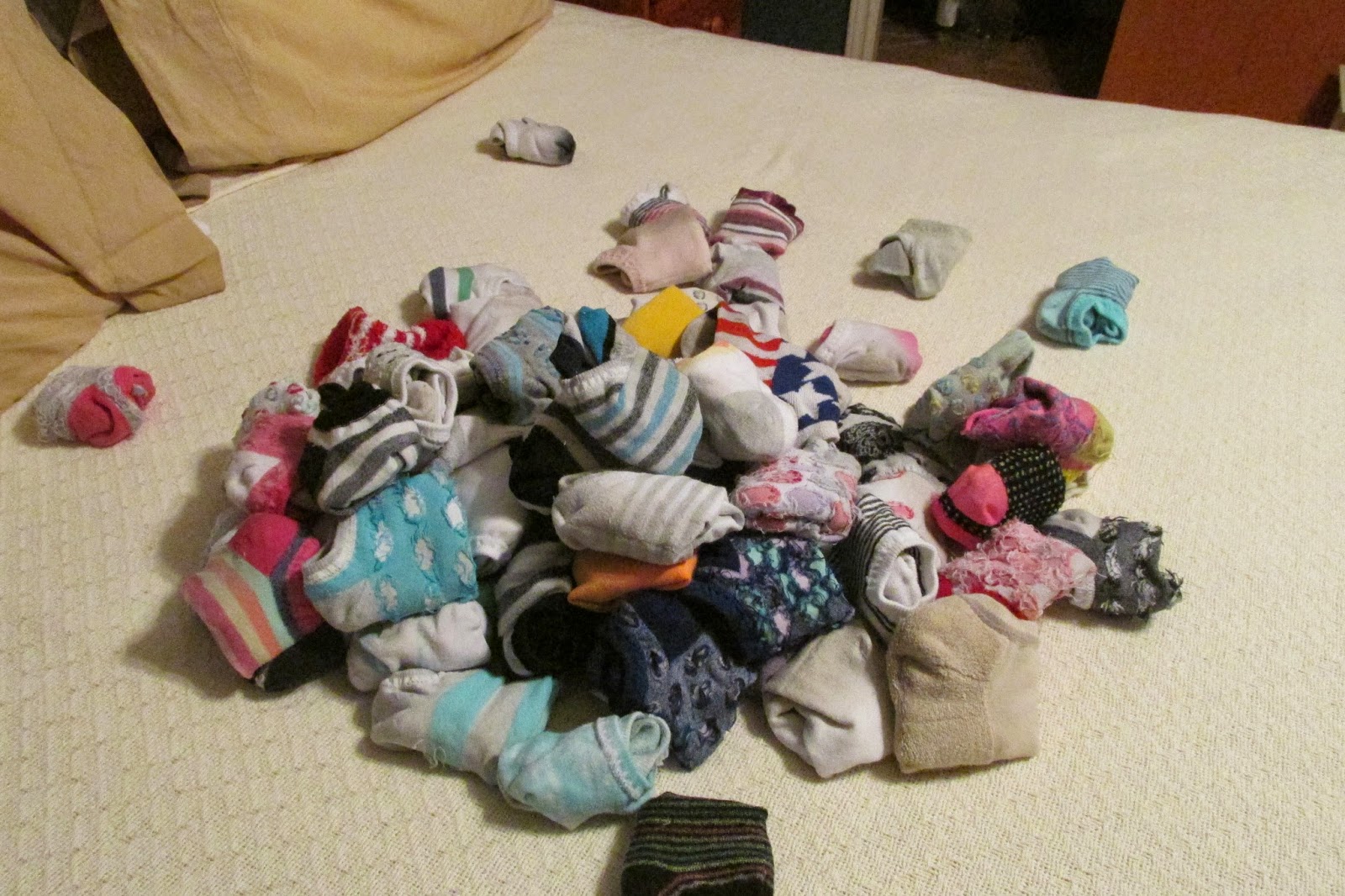 What about you? Do you have thing for socks?


Rayna has only been a part of our lives for fourteen months, but she's become a full-fledged member. But when we agreed to give her a home, it was with the caveat that she was DD's dog in name if not in deed--mostly I cared for her. But the deal was when DD moved out, the dog went with her.

Well, she moved out in November but her living arrangements being what they were at the time, DH and I agreed to keep her until DD and her roommate were able to move into a two-bedroom apartment. Moving weekend has finally arrived, but Rayna was in for a surprise--instead of going to live with DD, she gets to live back with her daddy, the young man from whom we originally took her.

They were both quite excited, and I'm pleased as punch for the both of them, if not a little sad for myself.

These pictures are from a previous post about Rayna... 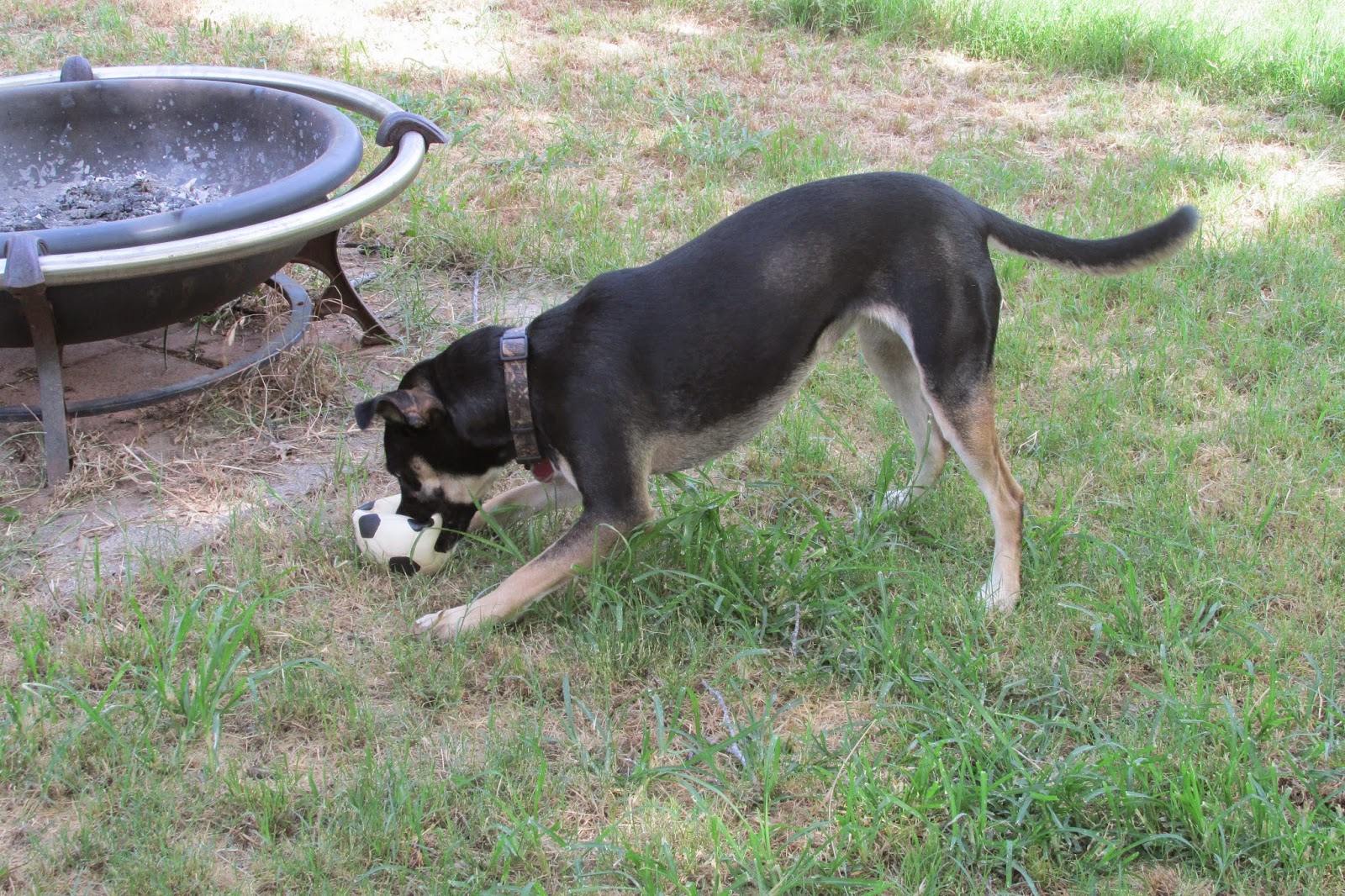 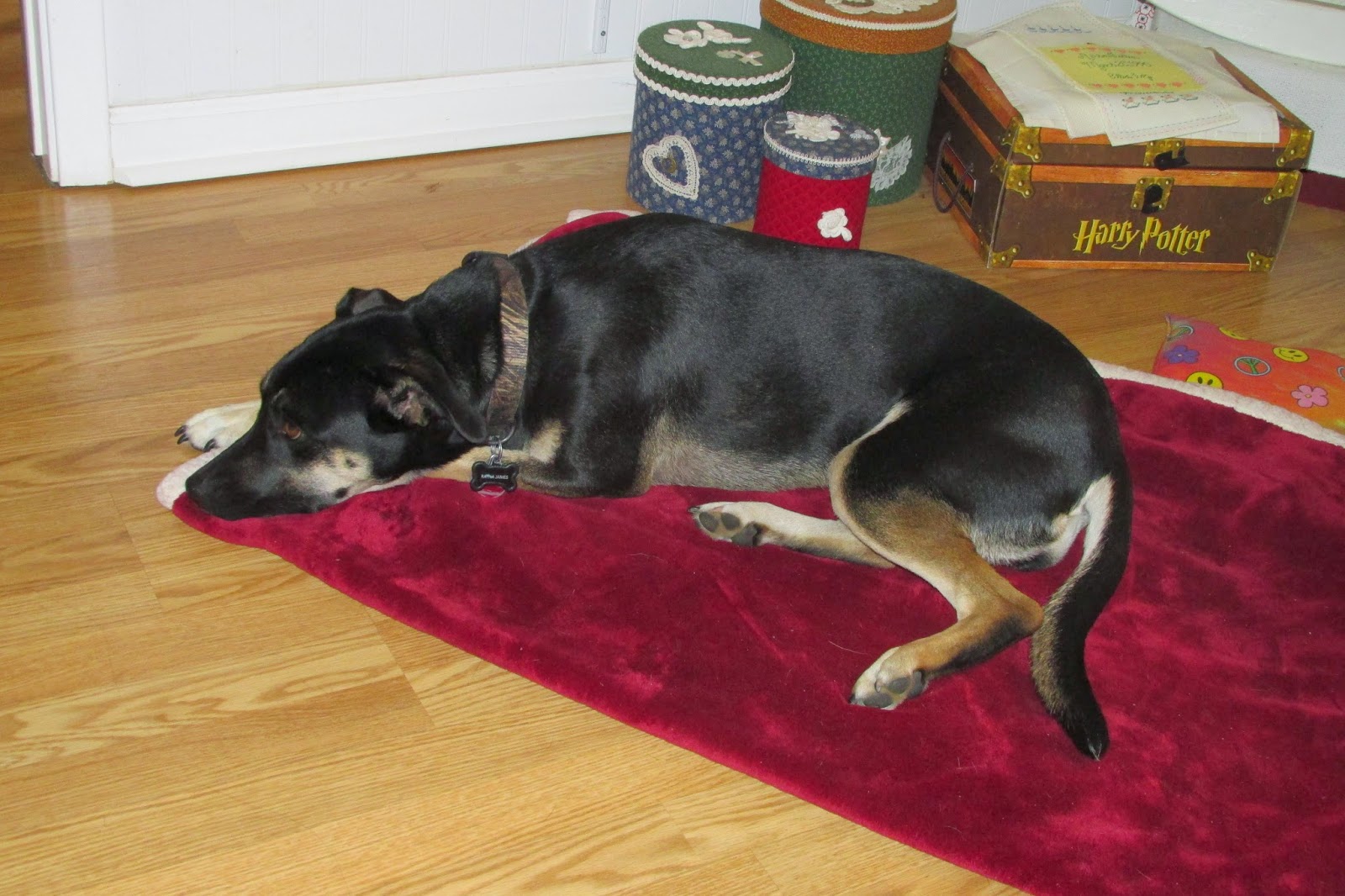 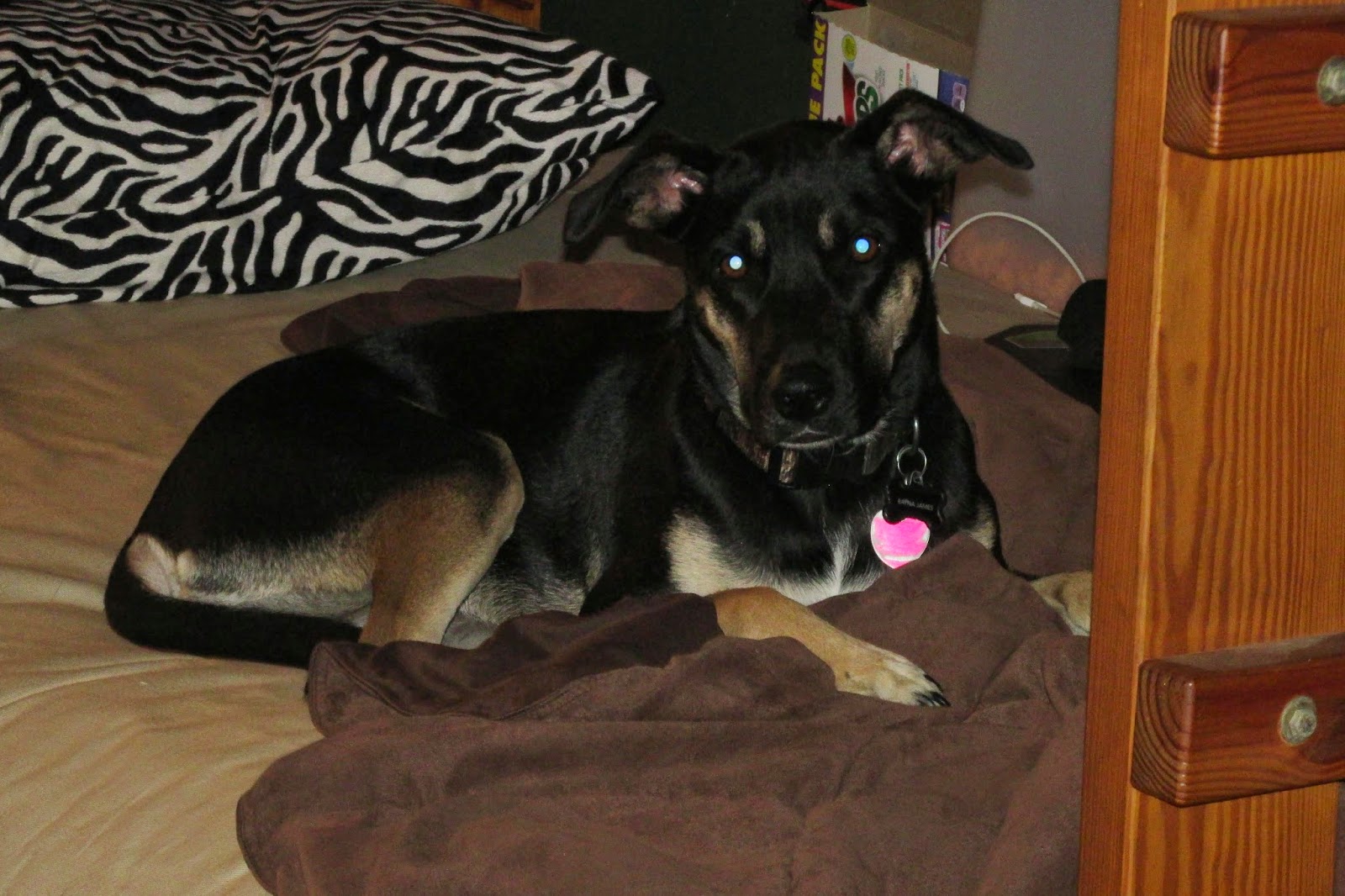 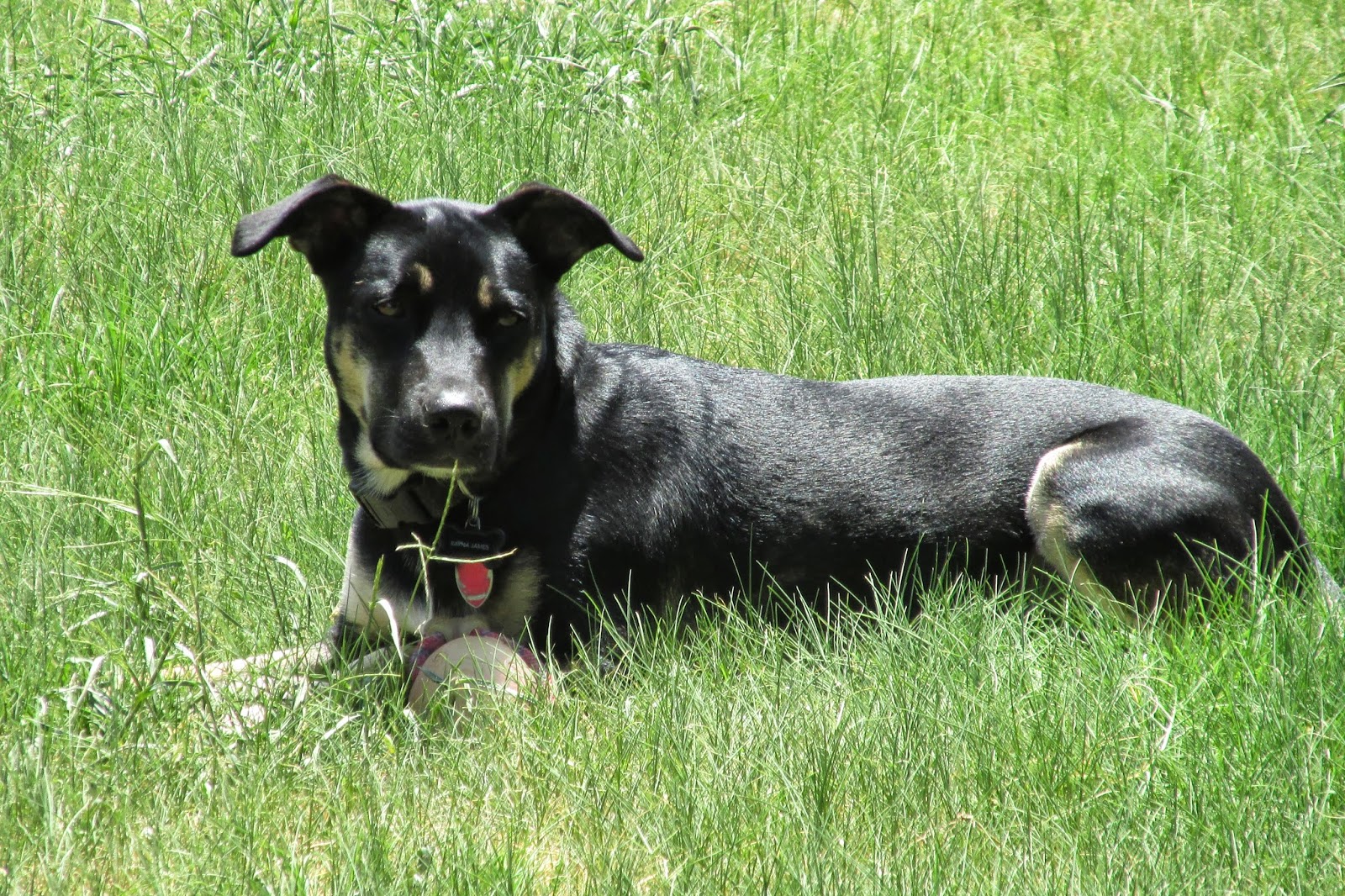 It was a little quiet that first morning, not having the tick, tick, tick of her nails on the flooring or the jingle of the bells hanging from the back door knob when she wanted to go out.

Several people have said I can finally get a cat, and while that's true, I still want to wait a bit. In the mean time, I guess I ought to get started on cleaning my floors!


I'm not complaining, though I was a bit saddened to see more rain. We need the moisture desperately.

On the other hand, temperatures have risen enough so that I no longer need to crank on the electric blanket at night or have the space heater running.

And on the best hand, it's Friday.

So enjoy your weekend. See you Monday!
Posted by Jen FitzGerald at 6:49:00 AM No comments:


So-- I can now check out e-books from my local library. How about that?

There's a special website/application called OverDive that facilitates the overseeing of the files I guess and as long as your local library has a copy of the book and you have a library card, you can check out e-books and read them on various devices. All with the power of the Internet. You may not even have to leave your home! 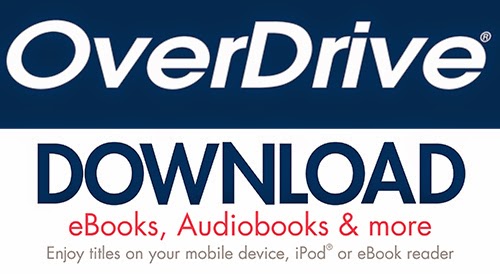 I can read them on my PC or on my iPad in my  Kindle app.

My friend Nancy told me about it a few months ago, but I had trouble figuring things out. But Amazon has a tutorial that got me sorted and now I'm waiting for the notification that an e-copy of the book I want is available.

I'm well on my way to reaching that 26-book goal now!

Have you heard of this? Used it? What are your thoughts?


Back in September, I posted about the book/tv series Outlander. At the time, I was only able to view the first three episodes of it. I borrowed the book and read through all 600+ pages in a matter of days. 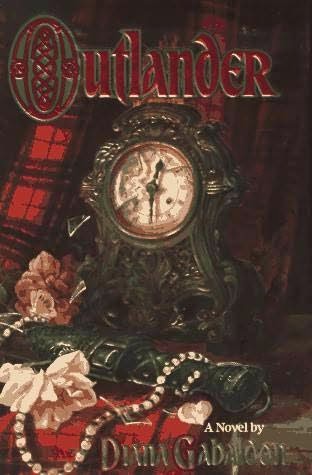 I've been waiting patiently for the series to appear on DVD via Netflix since then and the first two discs arrived in my mail last Friday.

I rewatched the first three eps and proceeded eagerly through the next five. Sunday ended up rainy so no lawn mowing. What better way to spend and dreary drippy day than watching a visually stunning tv show. The actors are pretty too. 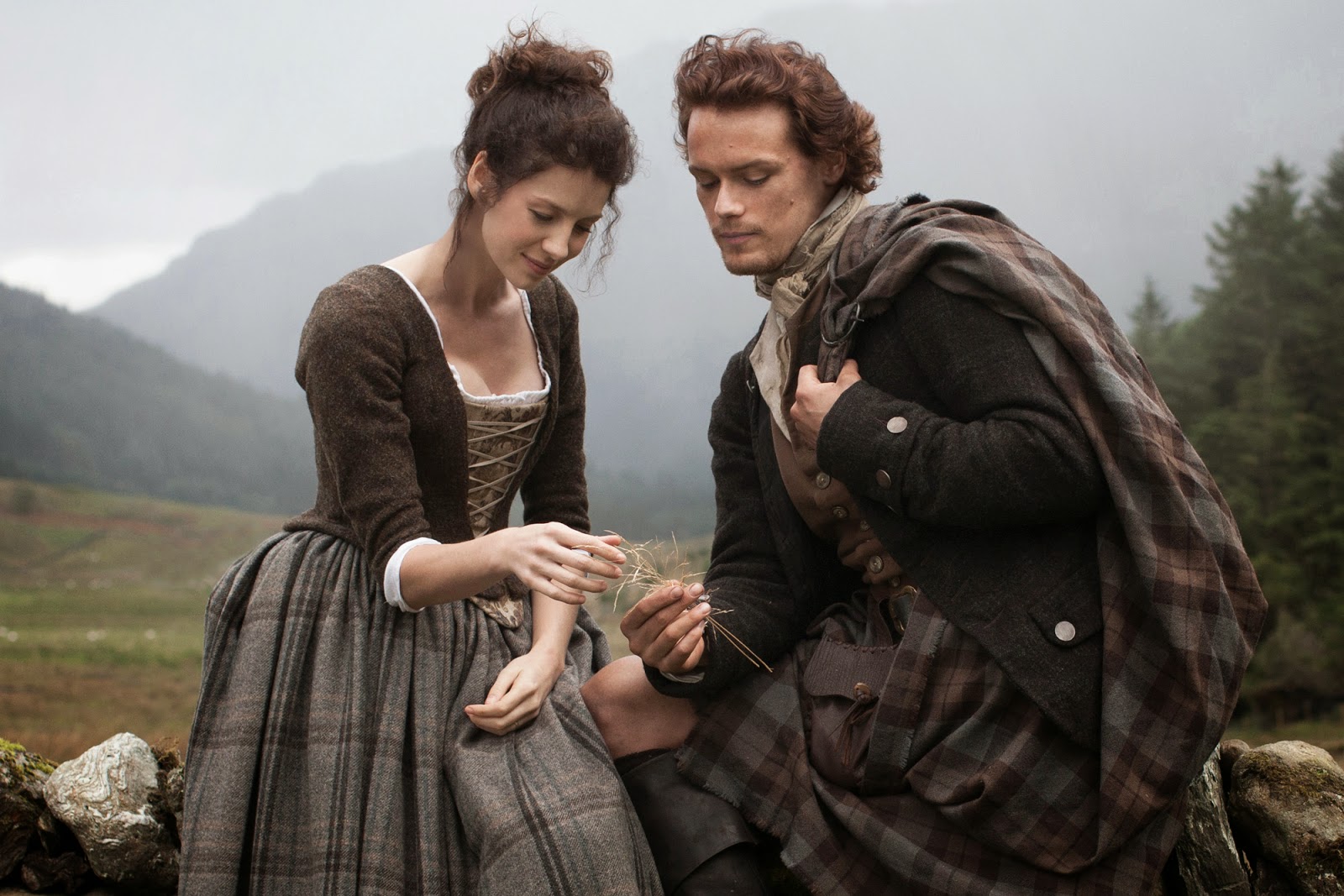 I have to say they couldn't have arrived at a better time as all my other shows have wound to a close and I needed something new to tease and teach the muse. So it's the epic tale of a woman sucked two hundred years into the past through standing stones in Scotland while on her second honeymoon following the close of WWII. She must learn to navigate life in the Scottish Highlands in the 18th century while being suspected of being an English spy.

Hope your weekend was as relaxing and enjoyable as mine!

What a difference a day makes... 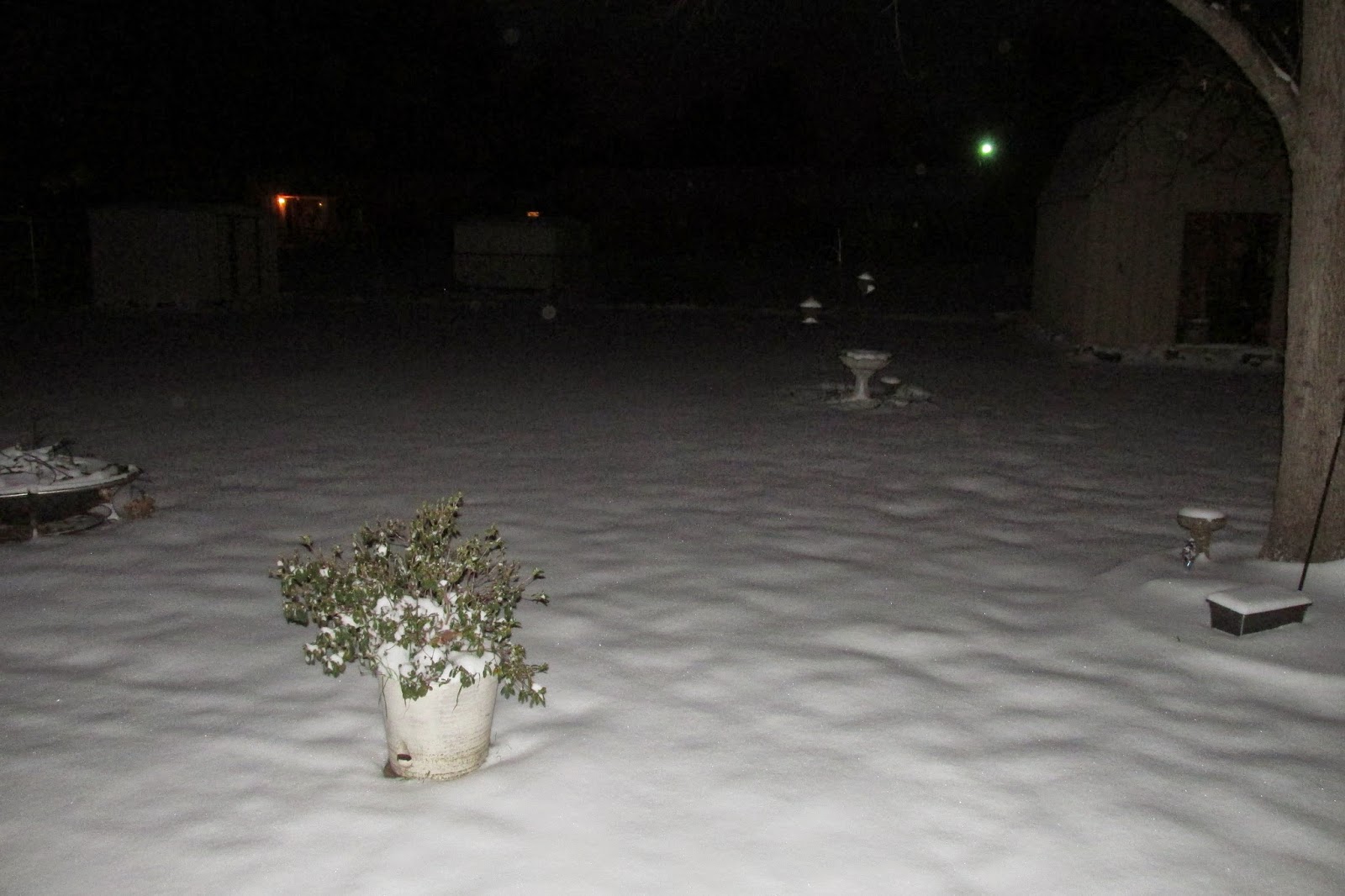 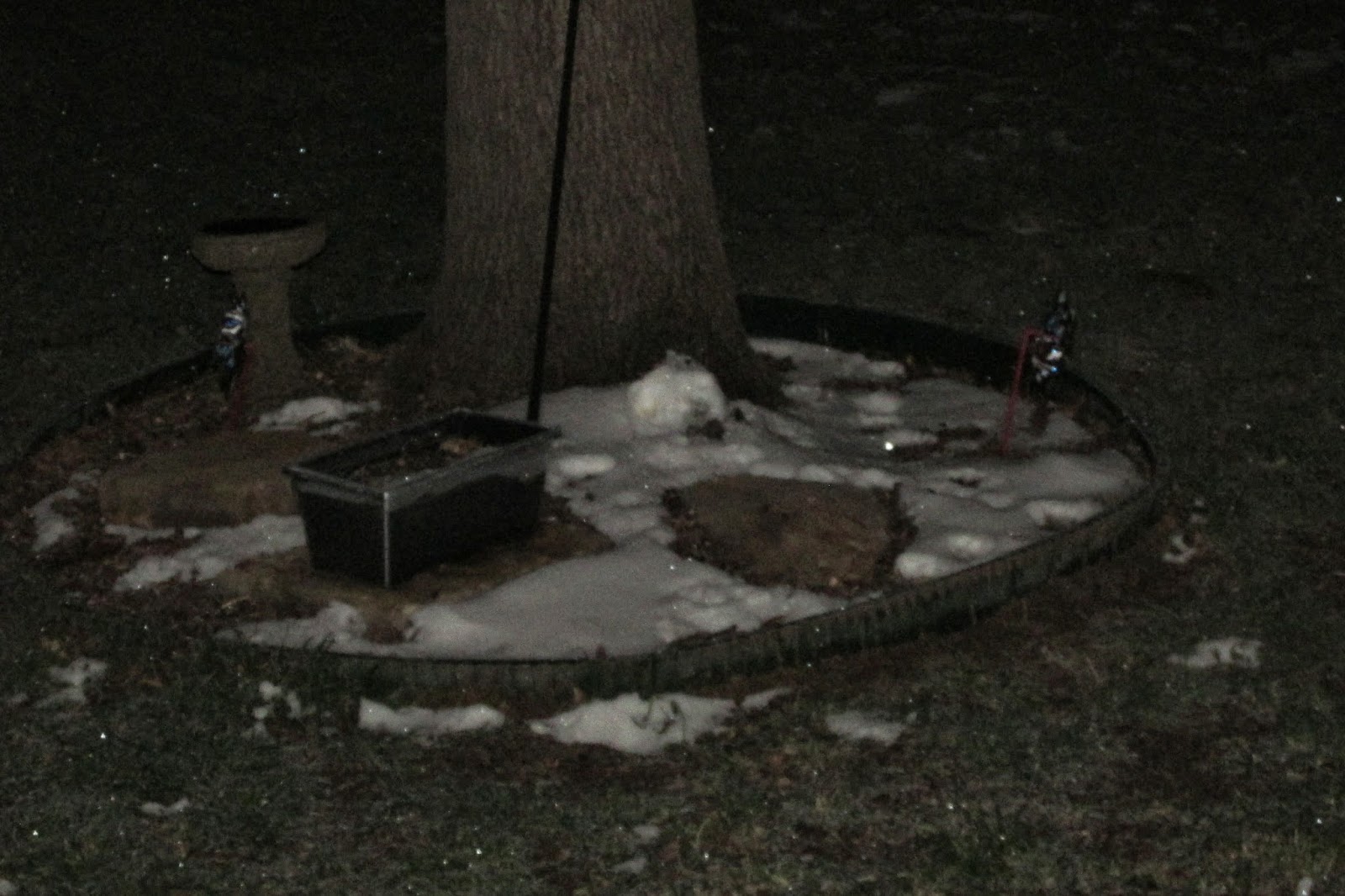 Whatever your weather, enjoy the weekend.

Still under the weather...


Been reading and resting as much as possible. I'm pretty sure I'm staying ahead of it, but my immune system's fight is wearing me out. I scarcely spared a thought for today's post until the last minute. So I'm gonna peruse past images and post some favorites. 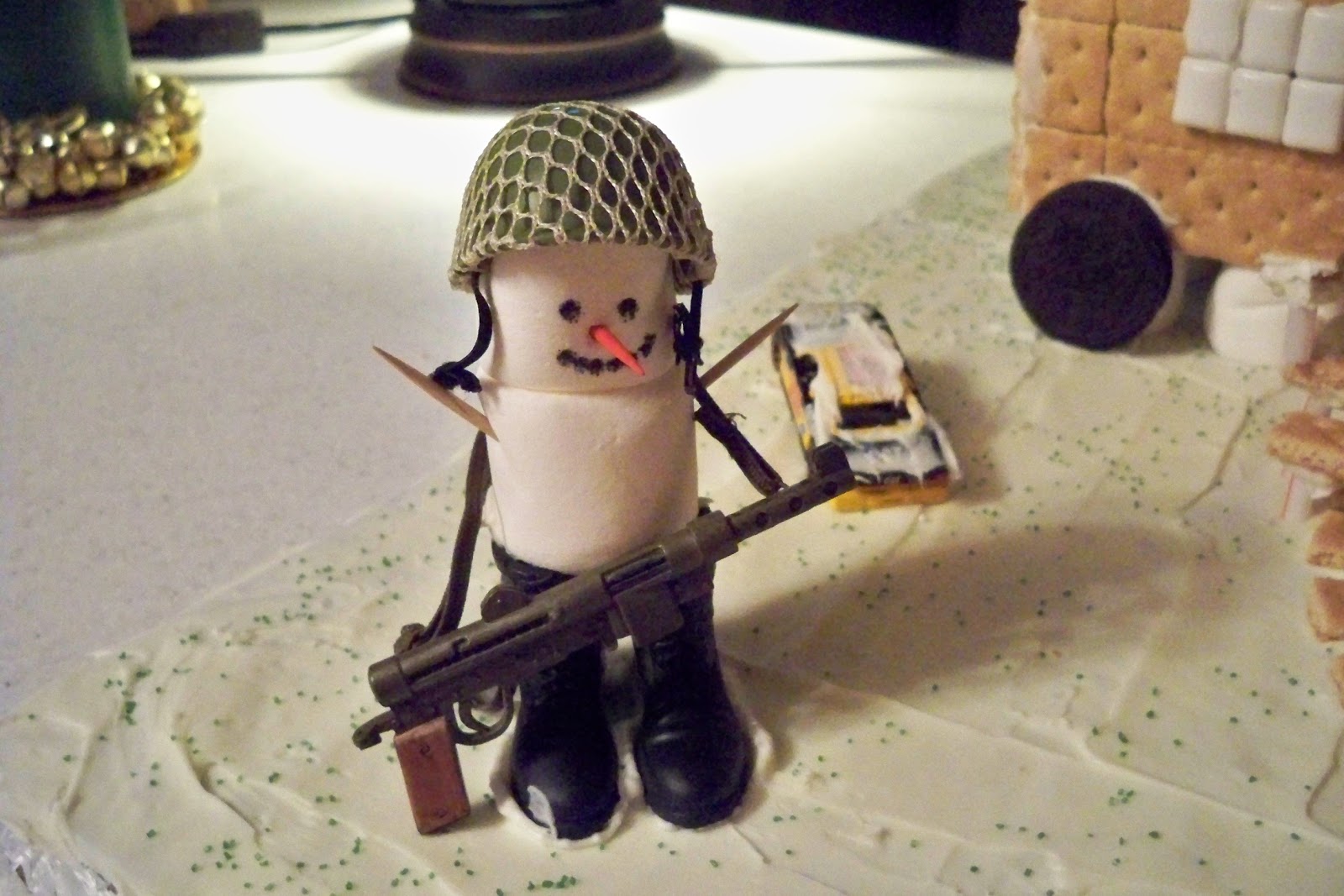 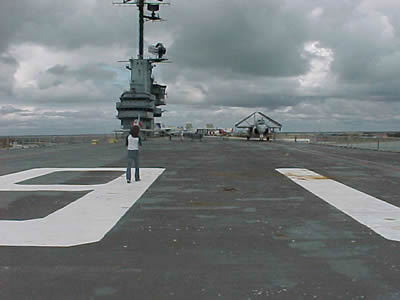 A trip to the USS Lexington in Corpus Christi, TX. 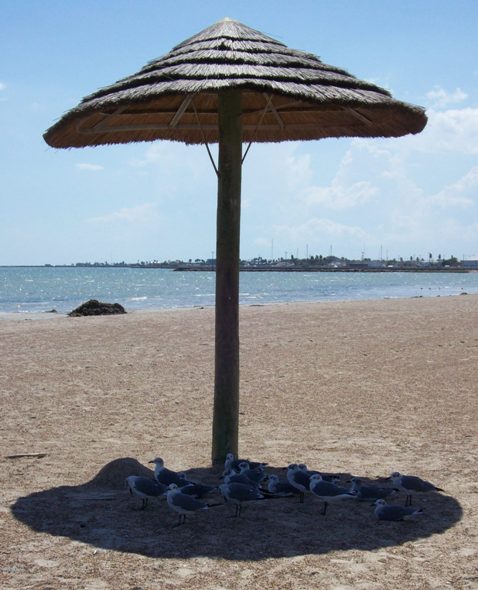 A trip to the beach in Rockport, TX. 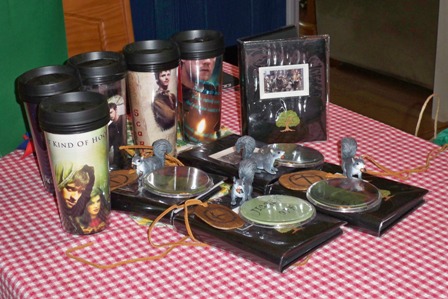 Being a fan girl--having a get together with like-minded friends and celebrating the love of our fandom. 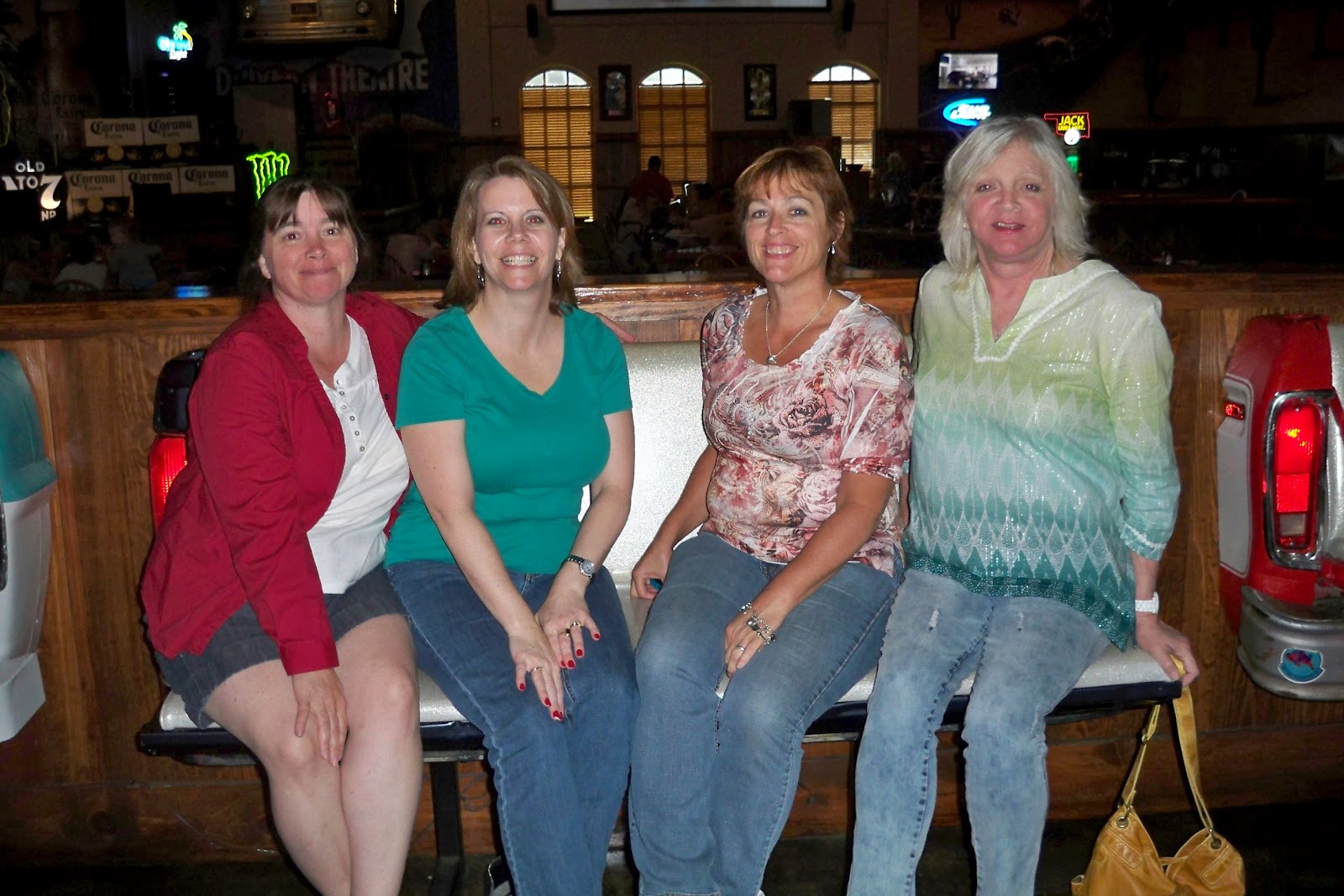 Getting together with dear writer friends in OKC. 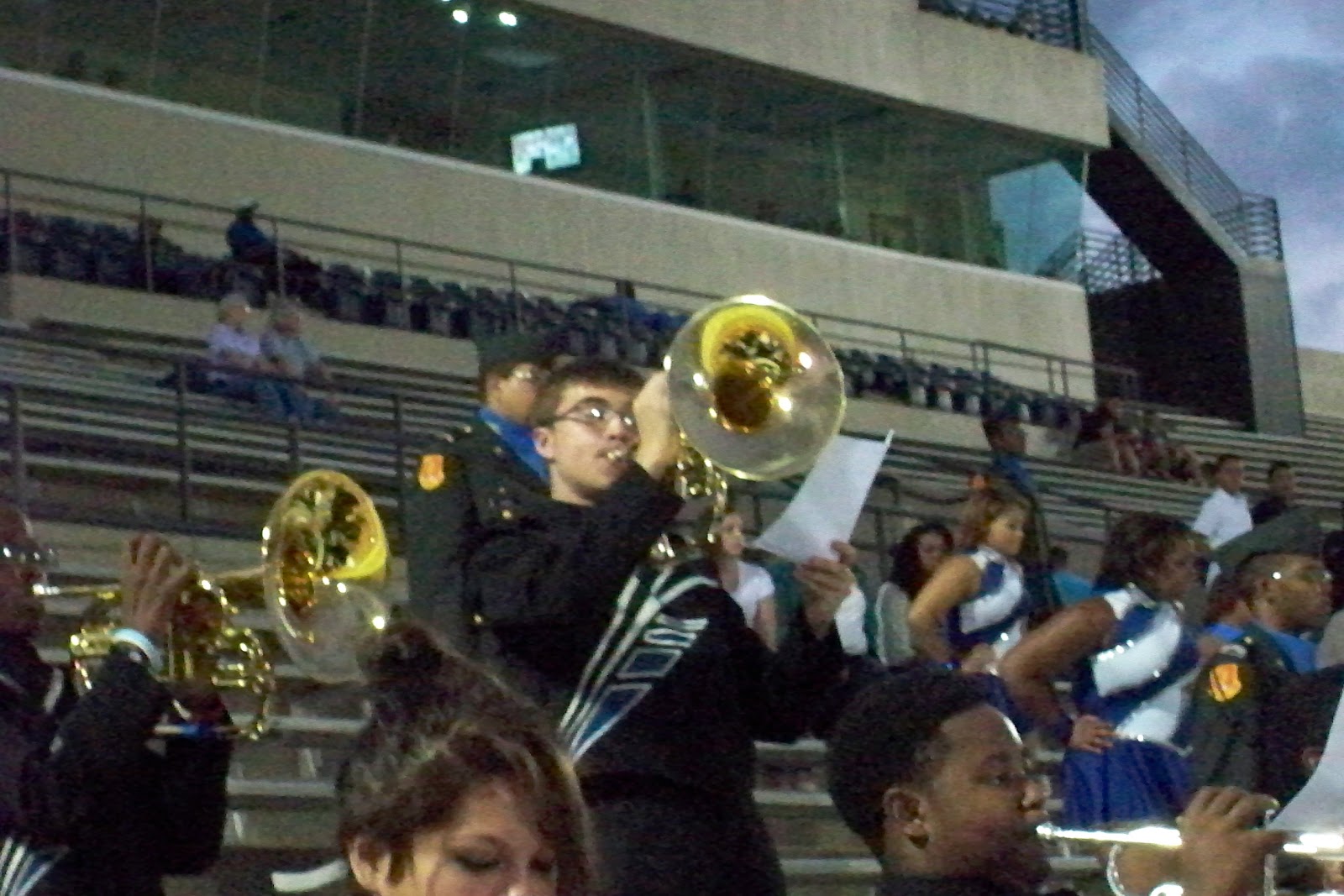 One of many, many, many Friday night football games with the marching band. 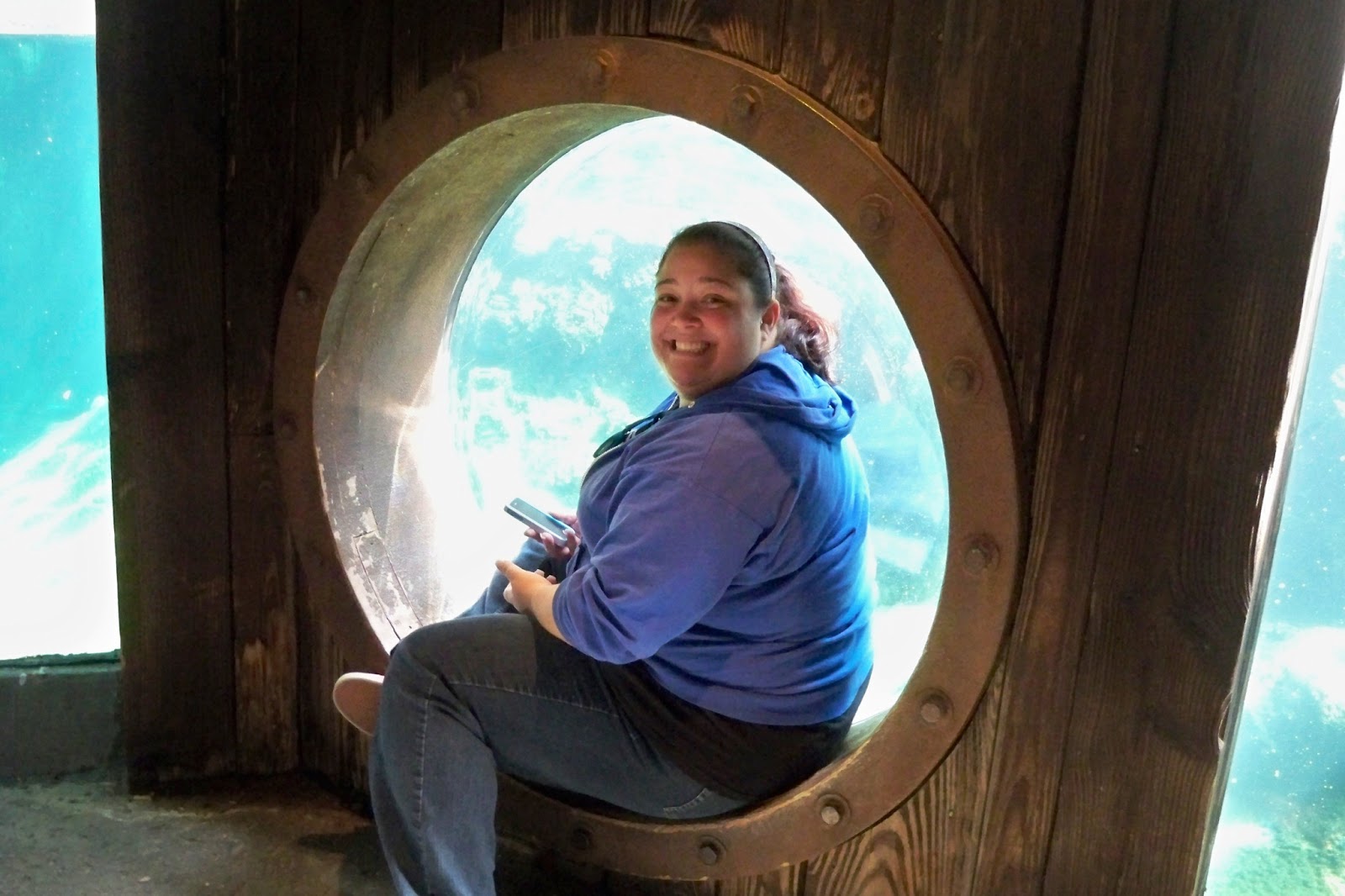 A trip to the Fort Worth Zoo, with my DD. 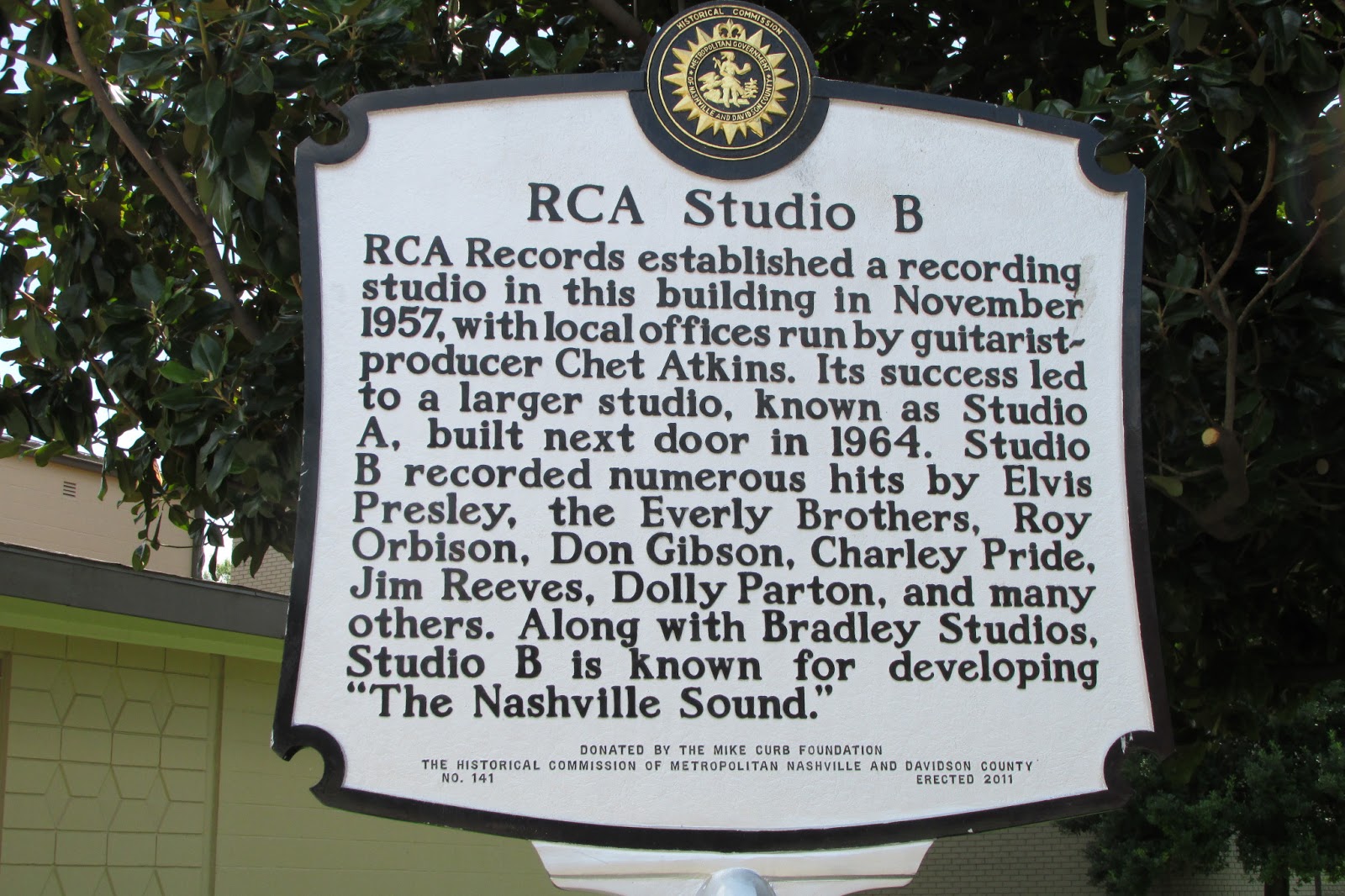 A Studio B Studio tour in Nashville a couple years back. Awesome. 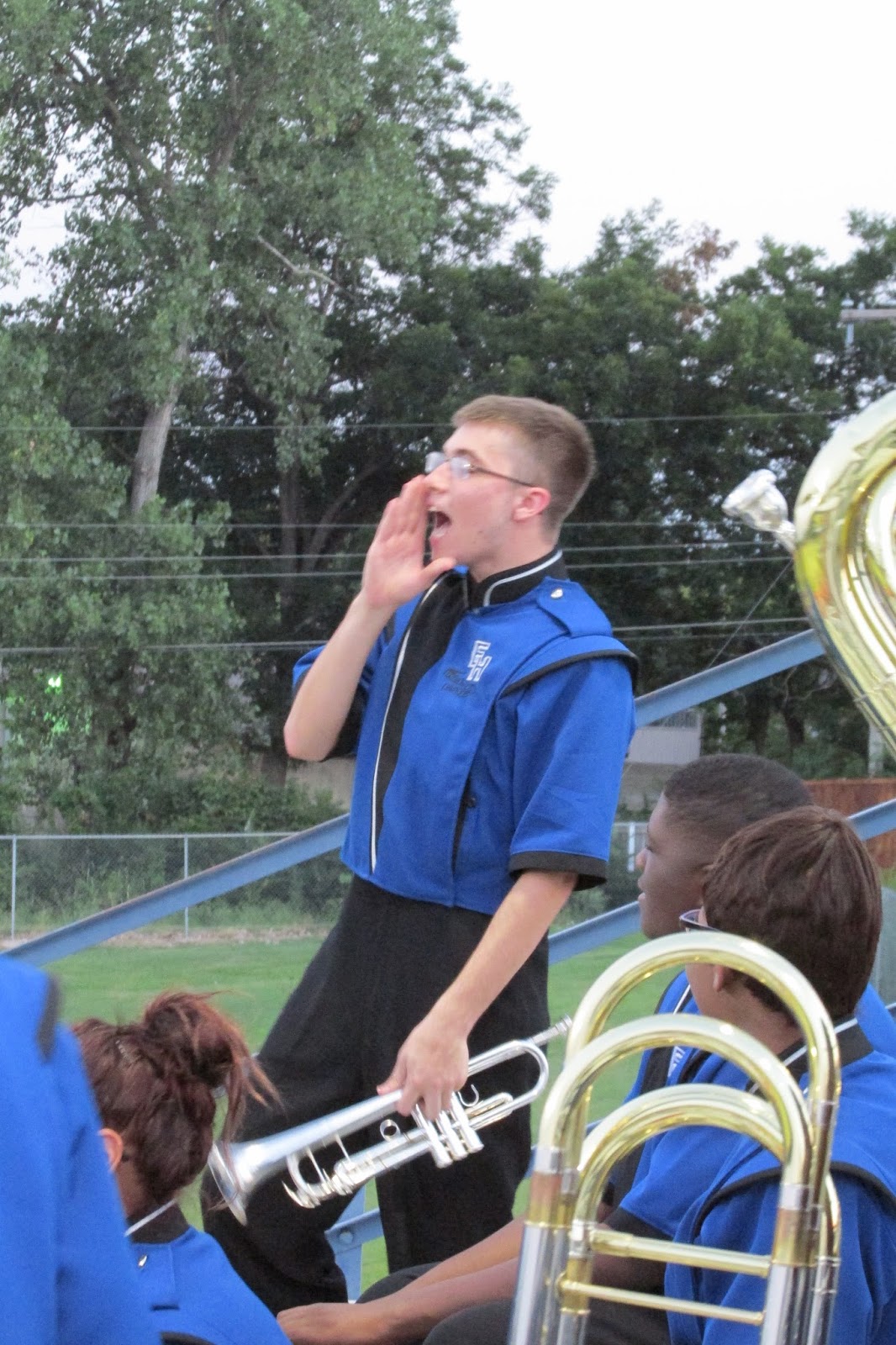 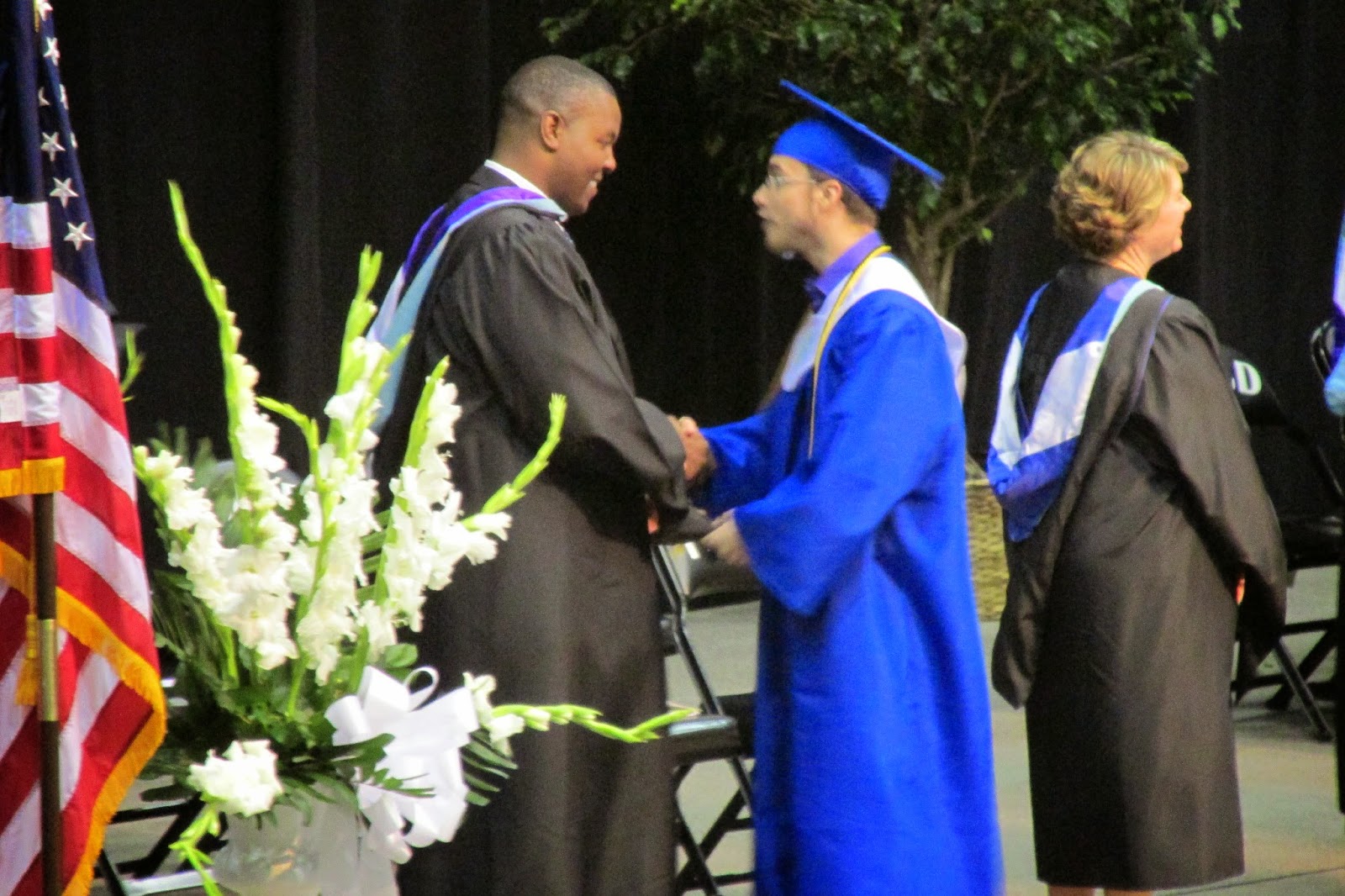 Definitely a day worth celebrating! 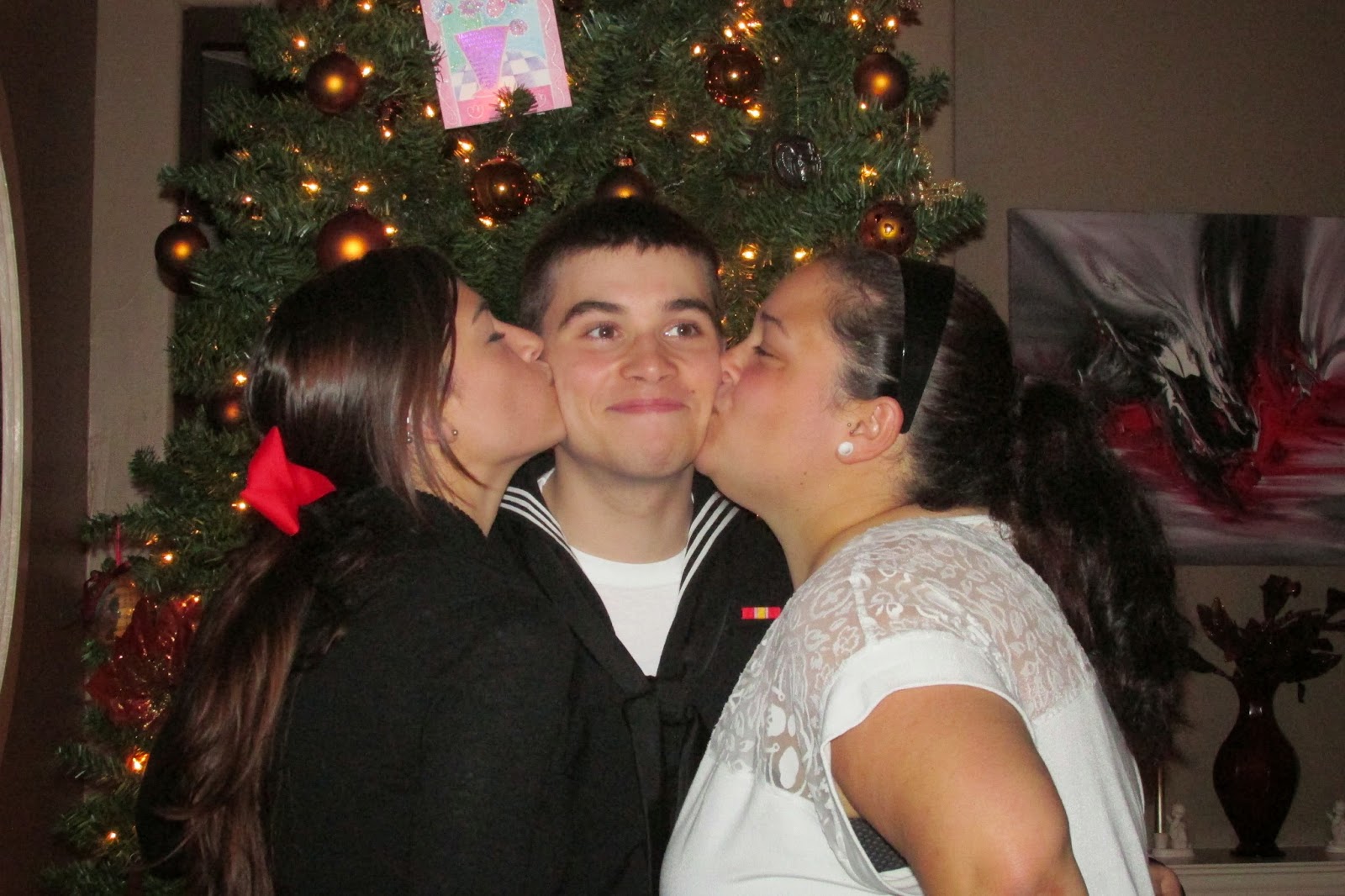 My beautiful children. My daughters don't love their brother at all, do they?? 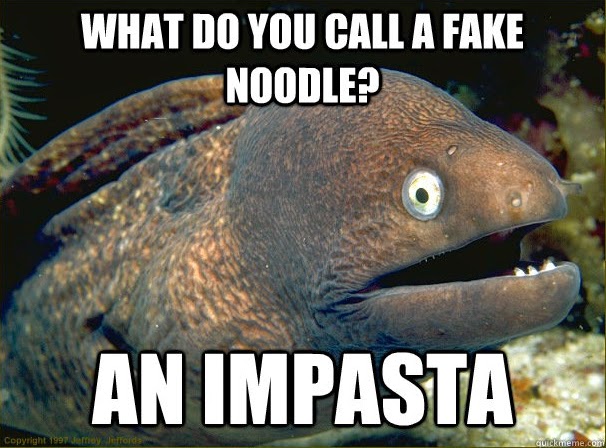