An experiment with calcium...


Most of us here are women I believe. We're all aware we need enough calcium to prevent osteoporosis--but that's in the future, later, when we're older. We know it'll be here sooner than we'd all like, but I digress.

A couple of months ago, I read a book called "Kick Your Menstrual Cramps in the Nuts" by T.C. Hale. (Yes, it's in the 2014 book list there on the right hand side...) and one of the things he mentioned was that a woman's body requires a lot more calcium during her period and that part of the pain we experience is due to low calcium levels. Well, I'm all about less pain, so I decided to try a little experiment.

The first month, there was ice cream in the house right around that time, so I indulged. And it seemed as if my cramps were less severe. That's not to say I have debilitating cramps. I don't. But they're bad enough that I stock up on ibuprofen and faithfully take my requisite number of tablets every four hours for the duration. I don't like pain. 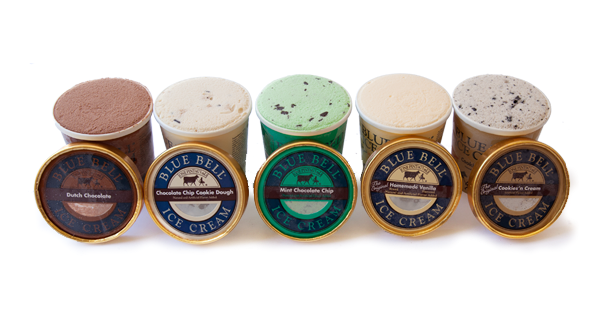 But, seeing as how I'm trying lose weight, eating a pint of ice cream a day four days of the month is a bit counterproductive. I purchased a bottle of calcium supplements instead. I'd only just started taking them when the second month rolled around. I doubled up the dosage for the first three days and as luck would have it, there was ice cream in the house again, although I only ate one drumstick. Okay, one and a half.

The cramps were commensurate to the previous month if I recall correctly. I didn't say it was medical trial or anything, did I? So, no, I didn't document pain levels.

So now, month three. I've been taking a calcium supplement every day for over thirty days in addition to whatever's in my one-a-day vitamin. I had planned to begin doubling my calcium supplement a few days in advance of my cycle, but I couldn't remember where I jotted down that piece of information. So that didn't happen until the first inkling that my period was imminent. Meaning I got a double dose for only two days prior to the onset.

I continued double dosing calcium for the fist three days but resisted popping ibuprofen at the first minor indications of cramping. Obviously masking the pain wouldn't allow me to gauge whether the calcium was working... I lasted all of twenty-six hours. It's not that the pain wasn't tolerable, it was, barely, but I really didn't want to deal with it, so I took some ibuprofen.

Fast forward to dinner and I ended up enjoying a delicious bowl of tasty cereal. The last dose of ibuprofen had worn off but the cramps didn't return. Until morning--hours and hours from ingestion of milk so I'm thinking delivery method might be a factor.

The next day was much better. The cramps were barely felt, but really only if I stopped to pay attention.

So fast forward to the end of my cycle and preliminary reports are in. Ice cream and milk seem to allow the calcium to work better than just the tablets. I think next month, however, I need to double my tablet intake well in advance of starting my period and resist ice cream and milk. Just to make sure I'm covering all the bases.

Of course, one can ingest too much calcium too. So I need to find a happy medium. Another consideration is sub-type: calcium carbonate versus calcium citrate. My supplement is the first which is, according to one doctor, harder to assimilate. So next time, I need to find the citrate. Doing so may be the equivalent of the milk and ice cream intake--more easily processed and usable by the body.

Regardless of how much I can reduce my cramps, the secondary benefit of doing so now--reducing the likelihood of osteoporosis later. As a side note, another benefit of calcium is reduction of migraine pain. Sounds like win-win-win to me!

And to be sort-of official, here's a link to the article I found that explained things the best.

If you know anyone who suffers at any level of cramps, I hope you'll share my info and have them do their own research.

I had no idea there were different forms of calcium with different absorption situations! Thanks for the tip.