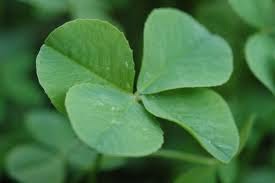 
The real title of this post is: Time to stop wallerin' and time to make things happen...

The last few weeks have been tough and I've struggled with getting things done. Especially the exercising, but it's time to shake off the funk and get back to work. (Says she whose eyes are gritty at 5:01 AM as she's writing this and wants nothing more than to curl up on the sofa for some additional sleep.)

I have grand plans of being up by five a.m. and ready to work by six on the various for hire projects I've got and am trying to generate. The reality isn't always so easy, but one day at a time.

Other projects are in the planning, as well. But they're going take time and research and a lot of writing.

Yesterday, however, was a really productive day--my living room got a much needed sweeping and dusting (although Sonshine did the dusting...). The furniture got moved and turned over and swept under and everything! All the laundry got washed, although there's a last half load in the dryer waiting to be put away. I played on the computer for a while. I read up on one of my projects, a sort of research, in addition to working on an aspect of the project that I already knew and understood. I was even able to take a nap. (Which is why I'm struggling this morning.)

On another topic, I talked about coconut oil a while back and again last week, I think. **checking... Okay, no, I didn't. I've been thinking about it, I just haven't written the post as it'll take some time--longer than a regular post--and I just haven't had it. But soon. I need to schedule time in my week for researching and writing blog posts.

Anyway, I've upped my coconut oil consumption. Not drastically, but I cook with it and I add a teaspoon to my morning oatmeal. I'll share all the benefits soon. For today, I'm just going to mention that my brain feels likes it's working better. I hadn't really noticed it until yesterday when I was playing Rock Band with the kids--it just felt as if the synapses were firing better. I was able to play the harder levels with more complicated parts with less difficulty. So that's a good thing.


And now, it's time to get the treadmill warmed up!

See you on Wednesday...